Preying Mattis Should Learn the Difference Between Protesters and Rioters

Preying Mattis Should Learn the Difference Between Protesters and Rioters 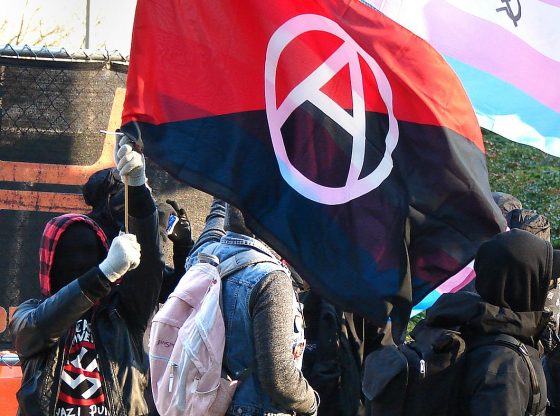 NEW YORK — If you slam a battering ram into the front door of the White House, build it from solid oak, not toothpicks.

But even the president’s supporters grudgingly could have respected Mattis’ assault had he landed serious blows, backed by evidence and facts. Instead, Mattis’ mighty beam instantly splintered. Mattis aspired to treachery. Instead, he achieved pathos.

Mattis accused Trump of being “the first president in my lifetime who does not try to unite the American people — does not even pretend to try.”

Mattis himself sat in the front row at Trump’s 2018 State of the Union address. “Tonight, I want to talk about what kind of future we are going to have, and what kind of nation we are going to be. All of us, together, as one team, one people, and one American family,” Trump declared. “Americans love their country. And they deserve a government that shows them the same love and loyalty in return.”

Trump repeatedly expresses national unity, mutual affection, and even the word “love” in his speeches, which the criminal, get-Trump media — the enemy of the American people — vigorously ignore, so they can accuse him of dividing the country.

Comforting words aside, Trump “doesn’t even pretend to try” to unite Americans? All of this must be news to Mattis:

Mattis then hammered Trump for merely warning that he might order the military to control rioters in Washington, who ignited fires near the White House, wounded at least 60 Secret Service members, and reportedly drove America’s commander-in-chief into a secure bunker. Trump, in fact, never ordered such troops into the District of Columbia.

“At home,” Mattis squeaked, “We should use our military only when requested to do so, on very rare occasions, by state governors.” (As opposed to federal governors?)

Mattis owns some 7,000 books. Alas, he evidently failed to open any of them before penning his diatribe. Some superficial research, or 10 seconds on Google, would have revealed that 11 presidents — from Thomas Jefferson in 1908 to George H.W. Bush in 1992 — have invoked the Insurrection Act of 1807 (10 U.S. Code § 253) on 20 different instances to calm civil disorder.

Without asking governors’ permission, Republican Ulysses S. Grant used this law in 1872, to send GIs into South Carolina to clobber the Ku Klux Klan. Republican Dwight David Eisenhower cited this measure in 1957 when he sent the 101st Airborne Division into Little Rock, Arkansas, to desegregate its racist, Democrat-run government-school system.

Meanwhile, Democrat god John F. Kennedy employed this statute to restore order in Mississippi in 1962. Democrat hero Lyndon Baines Johnson deployed troops under this provision in 1968. Why? To stop riots in Washington, D.C.!

While Mattis praised the hundreds of thousands of peaceful, Floyd-related protesters, as he should have, he proved himself as vacuous as the inside of a light bulb with this one sentence:

“We must not be distracted by a small number of lawbreakers.”

Would someone please buy this man a TV?

Mattis’ comment is like saying: “December 7, 1941, was a beautiful, late-autumn day. We must not be distracted by a small number of Japanese aircraft over an American naval base in the Pacific Ocean.”

Perhaps Mattis has been buried so deeply in his fabled book collection that he has not noticed the riots, looting, and arson that are rocking America, from coast to coast. This has included the destruction of scores of businesses, many of them owned by — as protesters insist — blacks whose lives matter.

Amid the smoldering rubble and embers, some 800 law-enforcement officers have been wounded in the last three weeks. On one bloody night in Brooklyn, two NYPD officers were shot, and a third was stabbed in the neck. Sin City policeman Shay Mikelonis, 29, was shot in the head during riots on the fabled Las Vegas Strip. He is paralyzed from the neck down and expects to spend the rest of his life on a respirator.

So, as a tutorial to Jim Mattis, I present a few videos that I recorded on my balcony in Manhattan’s East Village, just below Union Square. With one exception, these events unfolded on June 2, the day before Mattis soiled The Atlantic with his ignorance. Perhaps these images archived most efficiently by Grabien, will school Mattis on the difference between peaceful protest and mob rule. These scenes also highlight the thin blue line that divides the two.

Whatever one thinks of Black Lives Matter and the other groups that have rallied the public since George Floyd’s heinous killing at the knee of fired and indicted former Minneapolis Police Officer Derek Chauvin, this video confirms BLM and its allies’ remarkable skill at mass mobilization. The crowds marching East on 12th Street and then south on Fourth Avenue just kept coming. This three-minute segment captured these demonstrators in mid-step, perhaps a minute after they reached that intersection. And the recording easily could have continued at that pace for another five to 10 minutes.

Also impressive, indeed delightful, was the scene on June 8, when hundreds if not thousands of protesters, chanting, “No justice, no peace!” cruised north on Fourth Avenue on bicycles. They were loud enough to be heard, but not obnoxious. Perhaps on the theory that it’s hard to riot on a bike, these activists were accompanied by incredibly few cops. This was, by far, the most relaxed Floyd-related action I have witnessed. This was First Amendment free expression at its finest.

Sadly, the First Amendment was not a factor on June 2, when a band of looters attacked Union Square Wines, savvy purveyors of Pinot Noir, Prosecco, and other fermented delicacies. At 10:07 p.m., these hooligans pried off the plywood temporarily buffering the glass front door, smashed it open, broke in, and then ran out with ripped-off wines and spirits. I rang 911 and asked the NYPD to restore order. Seven or eight squad cars arrived within 45 seconds. That very moment, these thugs vanished. The NYPD’s rapid response curbed this fine establishment’s losses. That’s what proper policing looks like.

While this looting scene is dark and shadowy, security images linked here far more clearly show looters cleaning out a Tampa, Florida, CVS store, including its pharmacy, as the outlet’s manager alerted police and comforted a weepy colleague who was traumatized by this lawlessness. (If you can identify any of these marauders, please immediately notify the Tampa Police Department’s Crimestoppers line: 800-873-TIPS; 800-873-8477.)

Back in Gotham, the NYPD regained control late in the evening of June 2, and more so the next night, thanks to an 8:00 p.m. curfew and shows of force involving speeding cop cars, sirens, lights, and even policemen on horseback. As demonstrated in the videos below, all of this turned my street into a law-enforcement parade ground.

Before Mattis beclowns himself yet again by chiding “a small number of lawbreakers,” he should consult the non-exhaustive list below (in Braille, if necessary), and then watch (or listen to) several of these 73 videos of mayhem tied to the George Floyd riots.

Since he likely needs it spelled out, here is the moral of this story: For Jim Mattis to be holistically out of touch is one thing. For him to have toothpicks for brains is quite another.