Supporters Already Lining up for Trump’s Rally Two Days Out

Supporters Already Lining up for Trump’s Rally Two Days Out 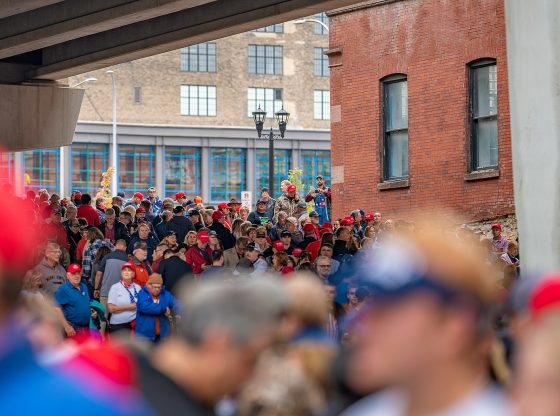 Supporters of President Trump are already lining up for his rally in Oklahoma that starts in two days.

More than two days before the president is set to take the stage in Oklahoma for his first rally since the coronavirus lockdowns, ardent Trump supporters are already lining up to camp outside the venue.

President Trump on Saturday night is scheduled to rally with supporters at BOK Center, a venue in Tulsa which can hold around 20,000 people.

I’d estimate about 2 dozen Trump supporters are already lined up outside the BOK center ahead of Saturday’s rally. Security barricades can also be spotted on nearby streets ahead of the president’s visit – his first rally since early March. pic.twitter.com/wBeG6NlB1m

Supporters have been seen lining the street since Monday.

FRONT OF THE LINE: A look outside the BOK Center in Tulsa, #Oklahoma where it will be first come first serve at @realDonaldTrump’s rally Sat.

20,000 people expected to pack the arena. Meanwhile, health officials urge the rally to be postponed w/ #COVID19 cases on the rise @kfor pic.twitter.com/QCyXcZRy5Z

Think there’s excitement in #Tulsa about @realDonaldTrump rally? The first person in line showed up at 2:30 am Monday – an all-time record! And 100+ in line!!
This will be the greatest #TrumpRally of all time!!!!!!@parscale @LaraLeaTrump @michaelglassner @_MeganPowers @cmahfouz pic.twitter.com/5bqQNgRZQt

3rd in line for the Trump rally!! #Trump2020 #tulsa pic.twitter.com/ui7x2sKJXU

We reported earlier this week that a liberal attempt to stop the rally was rejected by a judge.