Dem Senator Tells Biden She Doesn’t Want to Be VP

Dem Senator Tells Biden She Doesn’t Want to Be VP 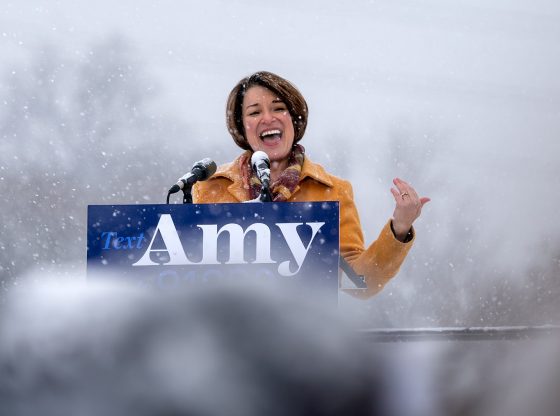 Klobuchar, who has been tight-lipped about the vice-presidential nomination, told Lawrence O’Donnell that she was removing herself from the process.

“This is a historic moment and America must seize on this moment. And I, truly believe, as I actually told the Vice President last night when I called him that I think this is a moment to put a woman of color on that ticket.”

“There are so many incredibly qualified women, but if you want to heal this nation right now– my party yes– but my nation, this is a sure hell of a way to do it.”

Klobuchar endorsed Biden on March 2nd after ending her own presidential campaign after receiving just 7 delegates in the process.

Klobuchar’s name has been tossed around as a potential Supreme Court nominee for the Democrats. Her coziness with Biden puts her in a prime position to be nominated should he win in November.

Round Up: These are the…

Trump Says He is ‘Not…