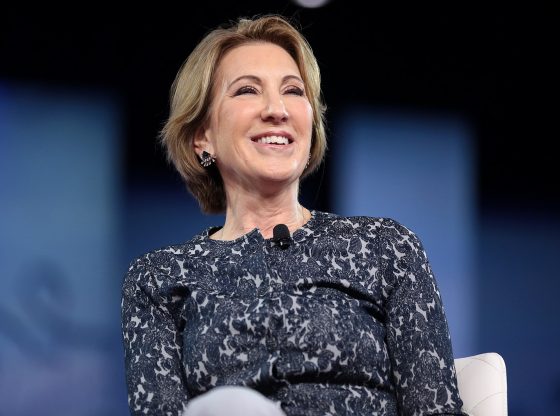 According to the Atlantic:

Fiorina is not going to keep quiet, write in another candidate, or vote third-party. “I’ve been very clear that I can’t support Donald Trump,” she told me, in an interview that can be heard in full on the latest episode of The Ticket. “And elections are binary choices.” She struggled with the decision, and whether to go public. But she said that this struggle is one Republicans need to have—including those who have rationalized supporting Trump despite their disagreements, because of some of his policies or judicial appointments.

“As citizens, our vote is more than a check on a box. You know, it’s a statement about where we want to go, and I think what we need now actually is real leadership that can unify the country,” she said. “I am encouraged that Joe Biden is a person of humility and empathy and character. I think he’s demonstrated that through his life. And I think we need humility and empathy everywhere in public life right now. And I think character counts.’

Fiorina and Trump had a rocky run in 2016. Trump made comments about Fiorina’s looks which could be part of the catalyst for Fiorina’s support for Biden:

Fiorina also faced insults on her appearance from Trump during the 2016 Republican Primaries.

“Look at that face,” then-candidate Trump told Rolling Stone of Fiorina. “Would anyone vote for that? Can you imagine that, the face of our next president?”

Fiorina, a former Hewlett-Packard executive, said Thursday that she wasn’t surprised that Trump again went after a woman’s appearance.

Fiorina dropped out in 2016 following poor showings in Iowa and New Hampshire. After she dropped out, Ted Cruz – who was Trump’s biggest threat—announced that Carly Fiorina would be his running mate should he win the nomination.