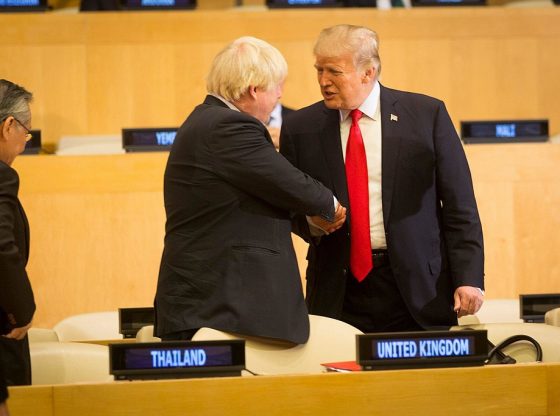 The Trump administration has scored a huge win over China and the UK by getting the UK to ban Chinese tech giant Huawei from its coveted 5G network.

“The new U.S. measures restrict Huawei’s ability to produce important products using U.S. technology or software,” Media Secretary Oliver Dowden told the House of Commons. “The National Cyber Security Center has reviewed the consequences of the U.S.’s actions. The NCSC has not reported to ministers that they have significantly changed their security assessment of Huawei’s presence in the U.K.’s 5G network.”

“Given the uncertainty that this creates around Huawei’s supply chain, the U.K. can no longer be confident it will be able to guarantee the security of future Huawei 5G equipment effected by the change in U.S. foreign direct product roles,” Dowden said. “To manage this risk, they have now issued new advice on the issue of Huawei in U.K. telecomms networks.”

“So, this morning, the prime minister chaired a meeting of the national security council,” Dowden continued. “Attendees at that meeting took full account of the National Cyber Security Center’s advice, together with the implications for U.K. industry, and wider geostrategic considerations. The government agrees with the National Cyber Security Center’s advice, the best way to secure out networks is for operators to stop using new [inaudible] Huawei equipment to build the U.K.’s future 5G networks.”

The treatment of Hong Kong also played a role:

This news follows Mike Pompeo’s declaration that the claims to the South China Sea by the Çhinese Communist Party are unlawful.

I’am still worried about taking my medicine as its made in China. Glad the 5G is being eliminated from GB.

I have to admit that I was very pleased with the new ban by America and the UK of Huawei !!
China’s behaviour has been unacceptable for some time now and that, coupled with the earlier unforgiveable work has made China more or less persona non grata among North American and British people. China will have to make serious amends should it want to continue as a participant in much of the world’s work!

Thank God we have Trump in the WH to take on the Chicoms! Anyone else , democrat or Republican wouldn’t do it. The Swamp is that big!

Linda U
Reply to  Bill Williams

Every death worldwide is on China. All 188 countries should get together and wipe the CCP off the planet. Cease and desist and tell the truth for a change. Set Hong Kong free.

Joe Biden, if elected (perish the thot! Our Republic will be gone as quickly as AOC’s handlers can tell her what to do), would gladly trade whatever China and Huawei wanted in exchange for another $1.5 Billion deal for Hunter. That kid has expensive tastes! And law enforcement won’t lift a finger against him.