Representative Justin Amash Announces He Will Not Seek Reelection

Representative Justin Amash Announces He Will Not Seek Reelection 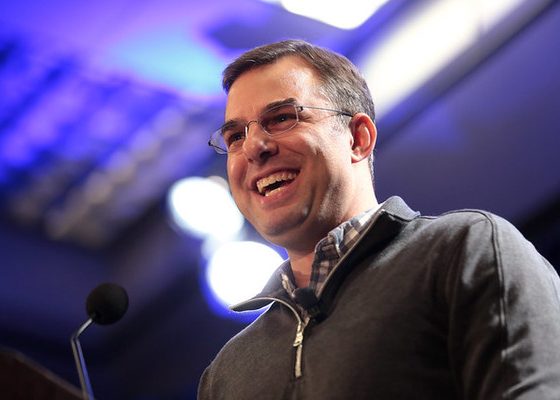 Representative Justin Amash, who left the Republican party to become an independent will not seek reelection to Congress.

Amash was vocally anti-Trump and briefly ran for president this year.

“He hasn’t been campaigning for any office and doesn’t plan to seek the nomination for any office,” adviser Poppy Nelson told The Detroit News.

Amash, a five-term congressman and outspoken critic of President Trump, left the Republican Party last year, became an Independent and joined the Libertarian Party in April. He is the first Libertarian in Congress.

I love representing our community in Congress. I always will. This is my choice, but I’m still going to miss it.

Thank you for your trust.

Amash was the only Republican to support Trump’s impeachment and, as an Independent, he voted for the articles of impeachment against the president last year.

Amash helped found the Freedom Caucus and was known as one of the most conservative members of Congress, but he left both the party and the caucus when he became an independent last year.

Probably a good thing. It’s not like he’d not be crushed at the polls.

he’s been doing too much poppy!

Another RINO bites the dust.

Good choice for that Muslim Trash

Maybe he’s trying for a seat in Biden’s cabinet if he wins.

Ambassador to The New Muslim Caliphate of Minnesota?

THIS rhino will not be missed. COWARD!

Now to be rid of the rest of the muslim hyenas

The reason he isn’t running again he knows he would lose horribly just trying to save the embarrassment.

Stop the flow of money to him.

Coward! Knows he has little chance of being re-elected, so he’d rather quit than be embarrassed!!!

Perhaps he will run away with Omar back to beautiful Somalia, where they will live happily ever after.

He must have gotten top dollar for that vote!

Another person who mislead his constituents by saying he was a Republican. He’s quitting because he would have no chance of winning a re-election.

Good. Don’t let the door hit you where the Good Lord split you.

Good! Justin Amash is a piece of garbage.

GOOD. And good riddance. One less RINO in Congress. I hope he fails at whatever next job he tries for. Traitor. Treasonous and disgusting.

Good to see a RINO drop off the face of the earth. If enough of them go, they’ll become an extinct species. Wouldn’t that be a grand thing.

Please take Mittens Eomjey with you!!!
He is also a disgrace to Real Republicans.

dude is a POS

Rinos no better than Dems

Scotty
Reply to  Thomas a Arnold

They are worse than Democrats. At least a Democrat will say so.