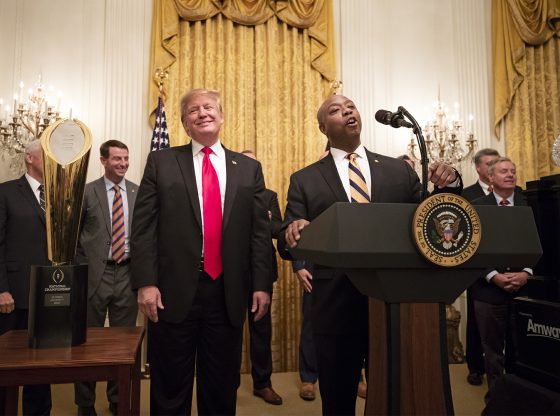 Donald Trump once again had the audacity to tell the truth the other day, sending the leftist establishment and media cartels into a howling frenzy. Why? Because Trump said, honestly, that there is a problem with the way some police behave. You might ask: “Wait, isn’t that why these riots are supposedly happening?” You are correct, this is the claim the leftist terrorists make to excuse their destruction of public and private property.

The difference? Trump was honest: he said cops kill white people too.

The media cartels rushed to the aid of their shattered narrative – the President is “twisting stats” (something no media source has ever done. Ever. They promise!) He’s “downplaying police violence” (funny, seems to me that he’s addressing it). Trump is “courting the white racist vote” (as opposed to Biden, who only courts the black and Hispanic racist vote, like a good Democrat).

As the Wall Street Journal pointed out earlier this year, a very small number of both were unarmed – only 9 black men killed by police in the whole United States in 2019 were unarmed, and only 19 white men.

If we do a little math, we’ll find that’s actually the same percentage – 1.4%! Yet, as the Wall Street Journal also pointed out, 53 percent of known homicide offenders in the US identify as “black” or “African-American”, and over 7,000 of their victims in 2018 alone were likewise identified as black. Trump didn’t mention those stats, which actually do “downplay police violence” – by showing the truth, which is that during a police encounter, the life most at risk isn’t black, it’s blue.

Once again, the lying Media Cartels take a truth spoken by Trump and twist it to hide their lies, incite more violence, and stoke more hatred and disorder.