CHÂTEAU-THIERRY, France — U.S. National Security Advisor Robert C. O’Brien saluted American troops who made the ultimate sacrifice as they defended France from German forces in the closing months of World War I. O’Brien and his official party paused here in the closing hours of a three-day diplomatic mission to the French capital. 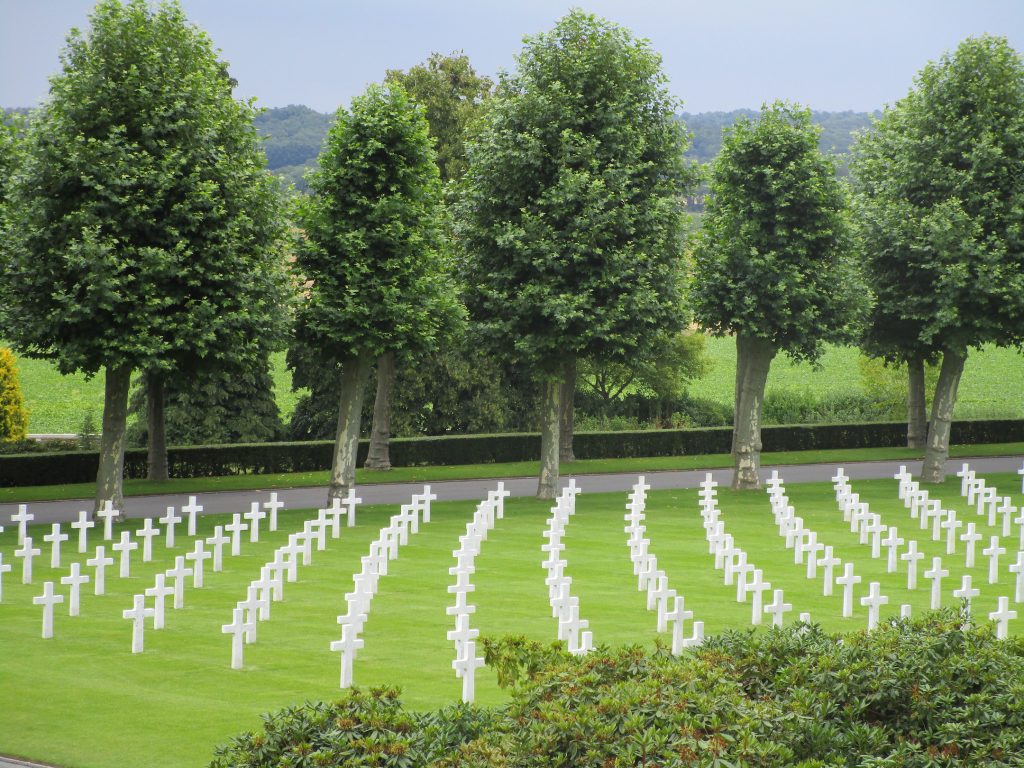 This small town, about 90 minutes east of Paris, features the Aisne-Marne American Cemetery and Memorial, the burial site for U.S. GIs who were killed in the Aisne-Marne and Oise-Aisne offensives of May 31 to September 16, 1918. This engagement’s fiercest action tore through Belleau Wood, which stretches into the hills just behind these 42 acres. Like warriors in formation, these 2,256 crosses and 33 Stars of David stretch out in evenly spaced rows. They form a gently curved crescent, bisected by a landscaped walkway.

An elegant, Romanesque stone chapel overlooks this tranquil scene. The carvings above the entryway’s columns are not the customary cherubs and saints. Rather, they depict infantrymen on patrol, Marines loading belts of ammunition into machine guns, and other Doughboys wielding bayonets. 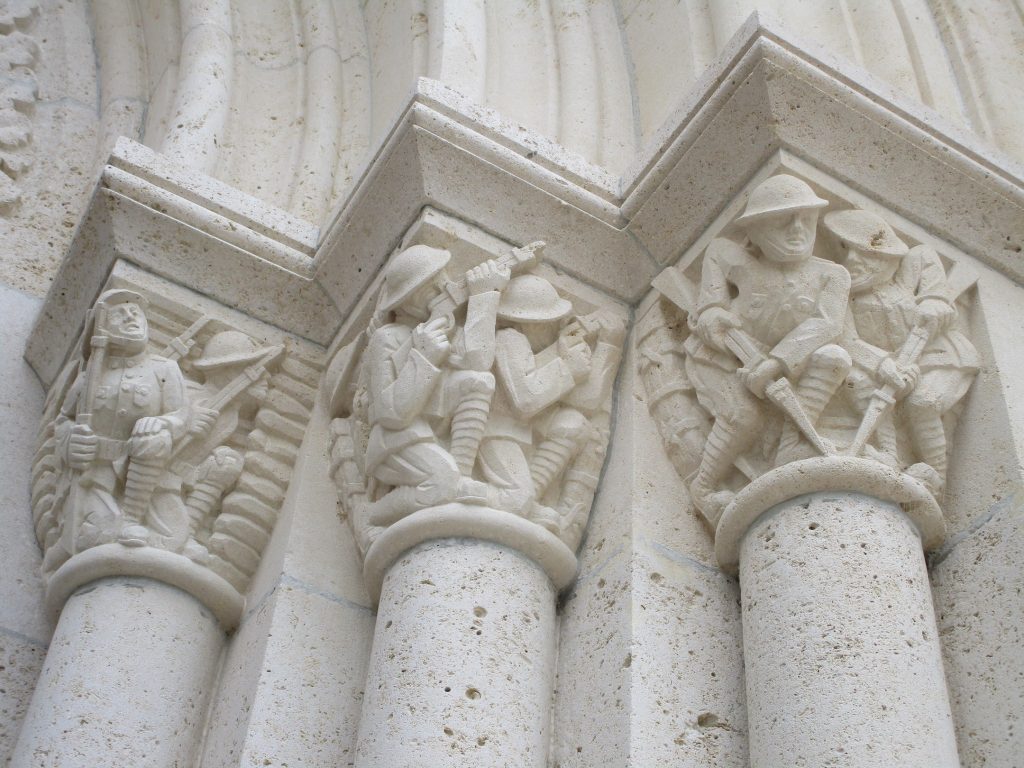 This cemetery was dedicated on May 30, 1937. Just three years later, it was back in German hands, as the Nazis pressed west, toward Paris. A single, deep hole, plunged into the stone beside the chapel’s right door, has been preserved as dramatic proof of the artillery action that this now-placid setting endured during World War II.

O’Brien (an Army veteran), Deputy National Security Advisor Matthew Pottinger (a former Marine), and U.S. Ambassador Jaime McCourt stood at attention with their hands over their hearts, as bells chimed “The Star Spangled Banner” from the chapel’s tower. The somber notes of “Taps” followed, on bugle. 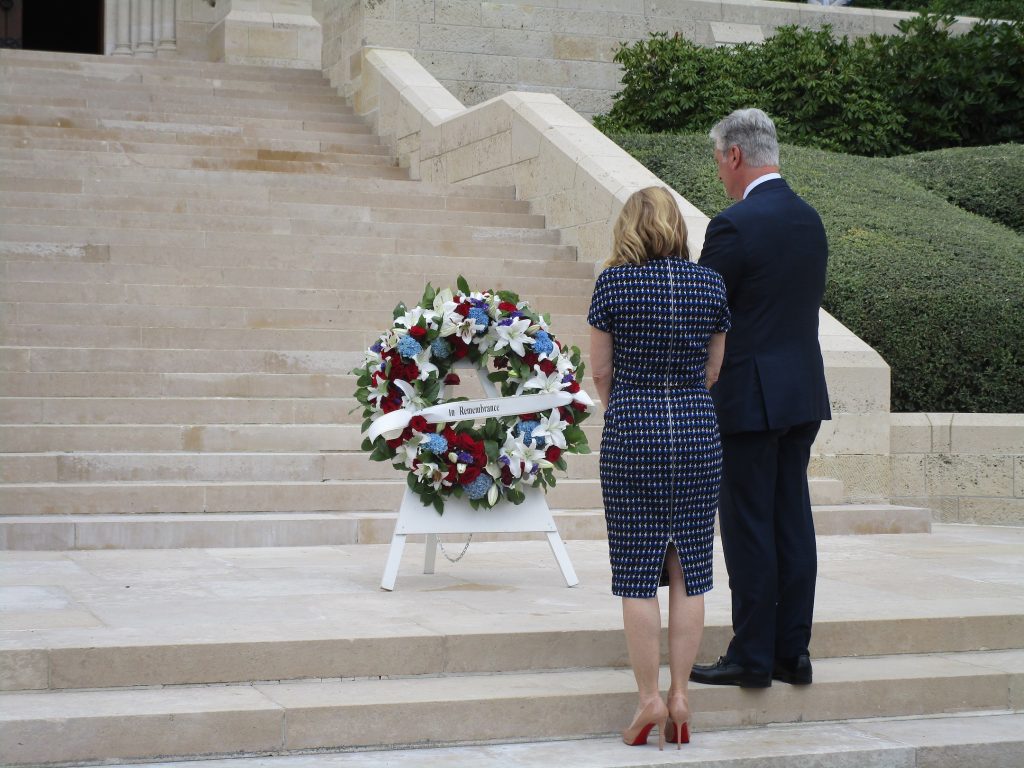 The three American dignitaries laid a wreath to recognize this country’s men who battled and perished here. O’Brien’s wife, Lo-Mari, then stood beside her husband as they jointly paid their respects. A simple white ribbon graced the floral display, with the words: “In Remembrance.”

“I was honored to visit the resting place of our fallen WWI heroes today at Aisne-Marne American Cemetery,” Robert O’Brien said later, via Twitter. “This is hallowed ground adjacent to Belleau Wood where the US Army 2nd & 3rd Divisions and the USMC 5th and 6th Regiments showed the world what it means to be an American soldier and Marine. #DevilDogs #SemperFi.”

This stop on the Americans’ itinerary underscored the human price of diplomatic failure and the pricelessness of diplomatic success. 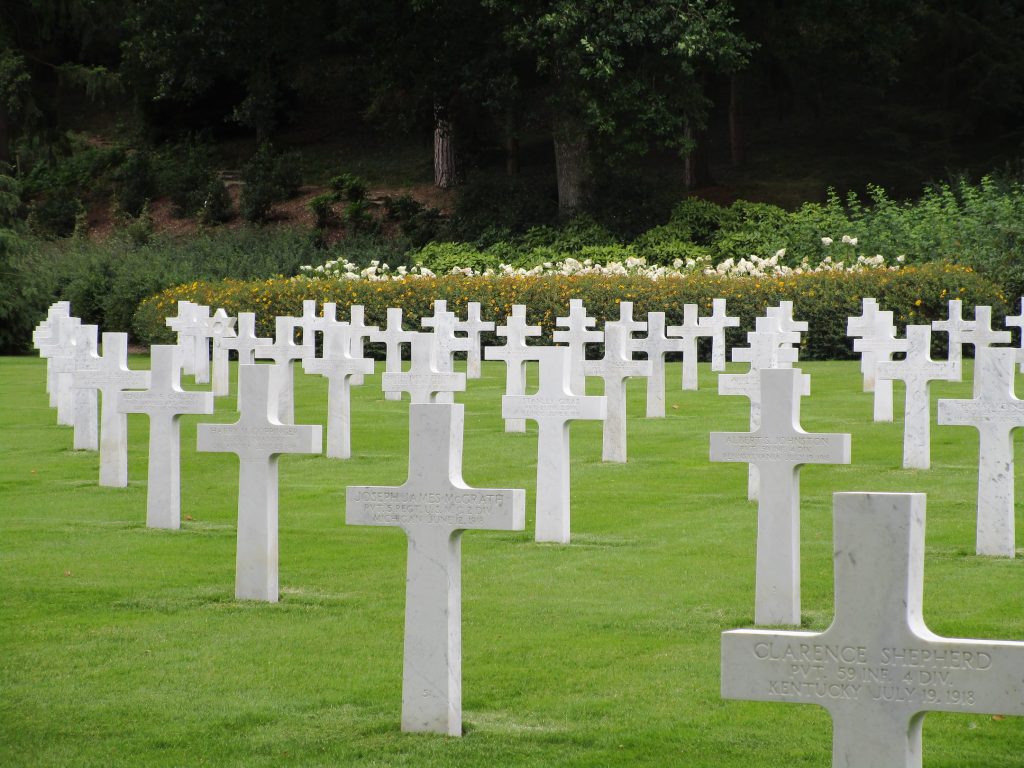 Deroy Murdock is a Manhattan-based Fox News Contributor, a contributing editor with National Review Online, and a senior fellow with the London Center for Policy Research. The National Security Council invited Murdock to join the press corps that traveled to France last week with National Security Advisor O’Brien. They have known each other since winning college scholarships from the Washington Crossing Foundation in the early 1980s.

Time to remind all about sacrifices in their honor for freedom.

Time for the stopping and destroying of the EVIL followers of the “old religion”, those who are the TRUE enemies of Humanity and all that is GOOD. We fail our duty if we do not destroy them and instead let them think they are in control, that is a terrible Sin on our part.

You got that right, Ladd. Now that the “Democrat Party” has completed its transformation from a main stream political party into an extreme leftist assassination organization. Its goals for the last 4 years have been to discredit the most successful administration the nation has known, including violating the Constitution, and to unseat President Trump by organized lying and political interference, even though it damages the nation by its waste and undermining progress, refusing to act in the national interest. Pelosi, Schumer, the “squad,” Schiff, and Nadler have repeatedly violated their oaths of office to impeach Trump and otherwise gain their power. If voters don’t reject this wave of deception in November, the USA is likely to become a socialist/Marxist nation, just like Obama failed to produce in his 8 years as President. The Resistance has supported this effort, largely supported by George Soros and his billions which have funded scores of organizations like BLM, Antifa, and the MSM has unquestioningly supported the character assassination of President Trump and his Administration. Vote only for Republicans in November!

The Atlantic twists the truth | The Spectator Australia

[…] friend-since-college to the beautiful and moving Aisne-Marne cemetery during his July 15 tour and wreath-laying ceremony. Sans traffic, Château-Thierry is a roughly 90-minute drive northeast of Paris, partially along […]