GOP Rep. Has Covid, Pro-Trump Journo Attacked, Trump Issues Demands for Dems PLUS Everything Else You Missed

Home /Administration, Government, Media/GOP Rep. Has Covid, Pro-Trump Journo Attacked, Trump Issues Demands for Dems PLUS Everything Else You Missed

GOP Rep. Has Covid, Pro-Trump Journo Attacked, Trump Issues Demands for Dems PLUS Everything Else You Missed 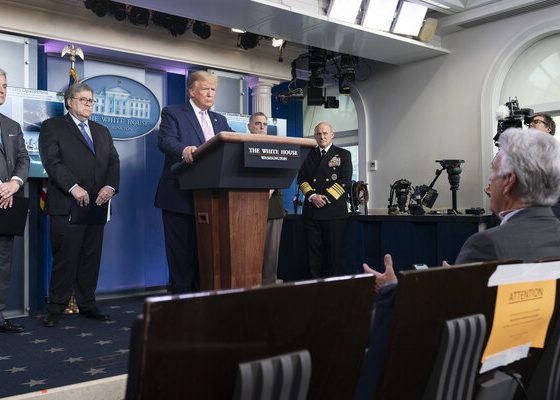 It’s been a busy week in politics. Here are all the Trump-related stories you may have missed this week.

He was preparing to fly with President Trump aboard Air Force One to Texas Wednesday. However, he tested positive for coronavirus during his White prescreening.

A video journalist who is supportive of President Trump was viciously attacked last weekend in Portland.

He believes a group of people began to follow him after realizing who he was from his videos and pro-Trump support.

Trump Hints Where He Will Receive Republican Nomination After Convention Cancelled

President Trump told reporters on the South Lawn that he is considering giving his RNC speech and accepting the GOP nomination at the White House.

President Trump has issued three demands to Congress for the next coronavirus stimulus and has asked one big favor from the Democrats.

He has asked Democrats to “reject partisan voices.”

Surabian– who served as President Trump’s War Room Director during his first campaign and worked in the White House– shared a screenshot of what appears to be an email from Twitter to Trump Jr. telling him he was suspended.

Maryland GOP Governor Larry Hogan stated recently that he will not commit to voting for President Trump in November.

Hogan is one of the most popular governors in the United States and has expressed his interest in running for president in 2024.