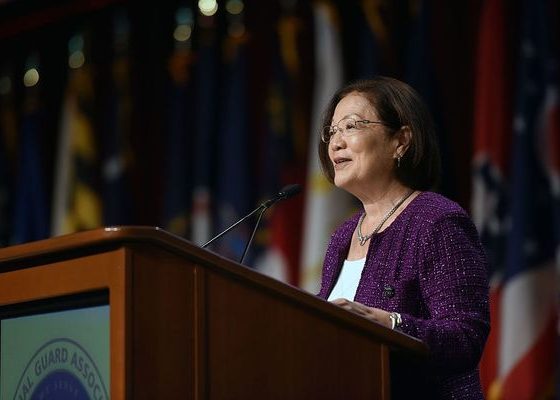 Senator Ted Cruz chaired a hearing on Antifa and during it he asked Democrat Senator Mazie Hirono a simple question that caused her to walk out of the hearing.

At the end of the hearing, Hirono declared that Cruz was “not listening” and snapped, “We don’t have to listen to any more of your rhetorical speeches” before walking out. The move prompted Cruz to swipe back, “Well, I appreciate as always, the kind and uplifting words of Senator Hirono, and I would note that throughout her remarks, she still did not say a negative word about Antifa nor has any Democrat here.”

Before that exchange (video below), Cruz noted, “It’s fairly striking that elected Democrats want to ignore the violence of Antifa; they want to ignore the violence on the Left and they just scream ‘White supremacist, white supremacist,’ rather than condemn violence from wherever it is coming. The 277 injuries of federal law enforcement officers in Portland are coming from the Left. And not a single Democrat on this committee acknowledges that.”

In her next turn to speak, Hirono said, “Senator, I have to say, sometimes I don’t think you listen. How many times have I had to say that we all should be denouncing violent extremists of every stripe.”

Hirono did her best not to name Antifa while trying to “condemn” extremists.

Cruz also noted that not one of the Democrats apologized for calling law enforcement “nazis.”

Hirono is a Wack Job. I don’t understand how voters keep putting people like her in office. Wake Up Hawaii !!

She is a reflection of her constituency, so they will continue to vote for the nincompoot.