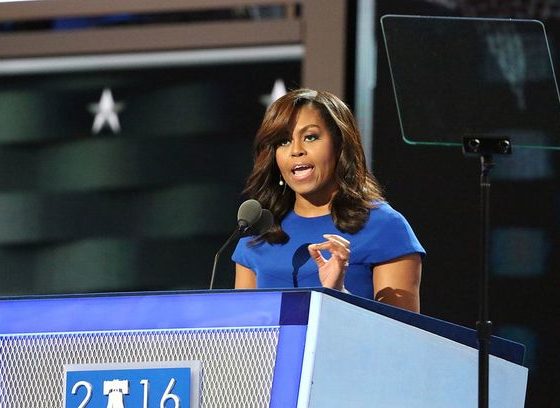 Michelle Obama revealed recently that she is battling low-grade depression and the Trump administration is one of the causes.

“Not just because of the quarantine, but because of the racial strife, and just seeing this administration, watching the hypocrisy of it, day in and day out, is dispiriting,” Obama said on the podcast episode, the second episode of the season.

The former first lady in the episode discusses mental health amid the coronavirus pandemic and ongoing protests over racial injustice with Michele Norris, the former anchor of NPR’s “All Things Considered.”

She blames, in part, the Trump administration’s response to current events for her depression.

“I don’t think I’m unusual, in that,” Obama said. “But I’d be remiss to say that part of this depression is also a result of what we’re seeing in terms of the protests, the continued racial unrest, that has plagued this country since its birth. I have to say that waking up to the news, waking up to how this administration has or has not responded, waking up to yet another story of a Black man or a Black person somehow being dehumanized, or hurt or killed, or falsely accused of something, it is exhausting. And it has led to a weight that I haven’t felt in my life, in a while.”

Obama said that she tries to battle the depression by keeping a routine, something she began when she was in the White House.

Advertisement
Jim Jordan Needs YOUR HELP [ACT NOW]
The Democrats are the Party of Crime
Trump Goes on Massive Twitter Tear! Here Are The Highlights