What the Republican National Convention Should Stress

What the Republican National Convention Should Stress 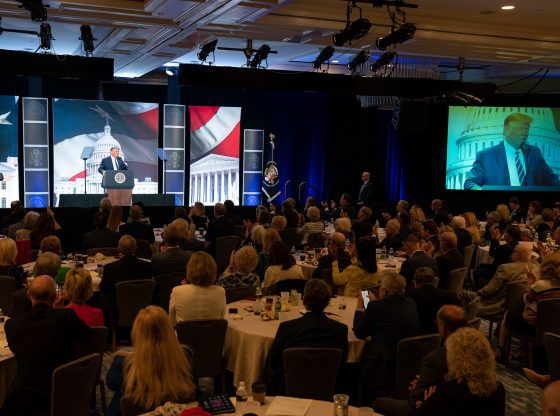 As Republicans gather this week in Charlotte and Washington, D.C., they should present this message to the nation.

Americans are from all countries on this and every continent. We don’t all look alike nor begin with the same culture or language. We do come to this land and form this beautiful American quilt. We learn a common language and join this dream. We form one American family and share one American identity. We do not split ourselves up by physical appearance, religious beliefs, or other balkanizing divisions. Instead, we prepare ourselves, develop dedication, and enjoy the opportunities derived from the Republican Party — a political party that believes in E Pluribus Unum, “From many, one,” not E Unum Pluribus, “From one, many.” The latter defines identity politics, a destructive force in which each racial, religious, gender, or sexuality group presumes entitlements and winds up miserable and enraged when these false promises go unfulfilled.

Possession is OK. If not, you would not go to school or try to better yourself. You would not be bashing yourself with self-flagellation and complaint of income inequality or ethnic privilege.

There is a political party that encourages and tries to mask the damage being caused by some rioters who hijacked a decent complaint. These rioters are destroying American cities and wounding and murdering our fellow human beings, both police officers and civilian men, women, and children.

Our citizens and their property are being held hostage and ransomed to rioters. A major problem is that no one can find the grown-ups in the press or the other political party. They should decry this bad behavior. But they don’t. Instead, they see this as a political advantage for their cause.

Do you still believe the rioting is about BLM, which is about police brutality when this killing, maiming, and destruction are perpetrated by others, not the police?

I ask you — who are seeing your country being torn apart or are victims of these rioters: Why do you vote Democrat? Just because you think this will get President Trump out of office? Then what if he is not voted out? In the meantime, are your country’s wellbeing and safety worth so little to you? Are the safety and property of your fellow humans not worth your concern?

Oscar Murdock comments on the world from his home in sunny southern California.

#1, they should stress getting a real gop candidate and dump RINO Trump.

No…#1…Time for u to troll elsewhere snowflake…

What’s funny was, for the first time the DemoinDORK didn’t get a bump from his own party’s convention.

This president forced the RNC to take him as the candidate when the other 26 failed 2 stand up to him he’s exactly what we need and has forced liberals that show their face so each no not going to say that stay safe snowflake. 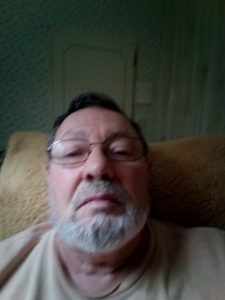 Nothing,,,They all r doing an excellence job,,,and I am enjoying all of it…

Me too. It has been spectacular!
The dnc convention? so boring, so poor, so lacking in substance. yawn yawn. Didnt even watch when saw eva longoria as first guest.

LOL…Yea I know what u mean…I was trying to watch it so I know my talking points,,,,but I just could not stay focus or stay awake…LOL…Then I realized I didn’t need to watch it,,,cause nothing changed,,,I knew all I needed to know…It’s funny and yet sad,,,cause they have no idea what’s coming down the road,,,but I do and I’m loving it…

The true Elephant in the Room is POLITICAL CORRECTNESS. Obama used this term many times and now the voters are brainwashed into thinking this term is US Constitutional Correct. Trump should make it clear that when the politicians claim we must be Political Correct this avoids Rule Of Law. The average US Citizens does not worry about politics. They worry about putting food on the table or insure they have shelter. A safe place to live. We can argue what we should do until Hell freezes over, but if we live in the US it should be clear that every US Citizens must be US Constitutional Correct. Politicians do not govern the nation, the people do by their vote. The 2016 election should have made this clear, but sadly the US Congress could care less of your vote. “President Trump is not our President” may be the biggest scandal in US history. The US Citizens made it clear to everyone that the Will of the People does still exist.

The ability to ‘VOTE’ is one of the GREATEST PRIVILEGES we have, BUT ONLY 30% of Americans ‘VOTE’ !!! For many the only way we can make things BETTER and have a say so. NO THEY would rather ‘BITCH’, COMPLAIN, CRITICIZE and DIVIDE !!!
If you don’t ‘VOTE’ you have NO right to COMPLAIN. SHUT THE HELL UP !!!

Time for the Democratic party and parents to pay for the destruction cause by little children and fostered by the dem party to cause trouble by not stopping this in the beginning.

reply to Rbbob, You want to live in a society that takes your right to bear arms , to protect your family I do’n’t. And don’t tell me if I do not like this USA to go back to mine. You, whites, and others steal our whole land and you are killing mother earth.