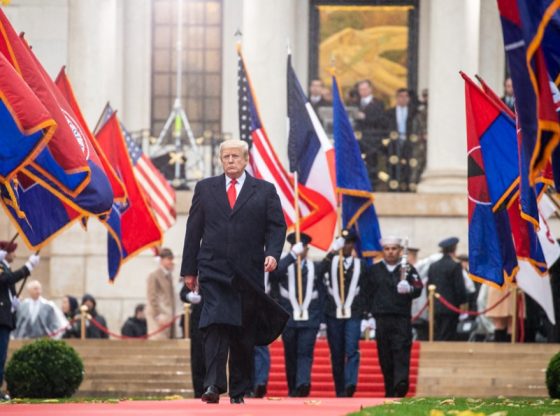 Obama acolyte Jeffrey Goldberg’s anonymously sourced screed in The Atlantic claims that President Donald J. Trump snubbed WWI dead at the Aisne-Marnes American Cemetery during a November 10, 2018 visit to France. According to Goldberg’s breathless fantasy, Trump blew off America’s fallen heroes from the Great War because he considers them “losers” and “suckers.” Goldberg further hallucinates that Trump avoided the burial ground northeast of Paris “because he feared his hair would become disheveled in the rain.”

President Trump, the White House, the Trump-Pence 2020 campaign, and Trump supporters across America have spent much of what should be a tranquil Labor Day weekend trampling on Goldberg’s vicious, filthy lies. No fewer than 10 people who traveled with Trump to France have gone on the record to reject The Atlantic’s sopping-wet tall tale. These include Trump critic John Bolton. The president’s indecorously dumped former national security advisor told Fox News: “I didn’t hear either of those comments or anything resembling them. I was there at the point in time that morning when it was decided that he would not go. It was an entirely weather-related decision and, I thought, the proper thing to do.”

Poor weather made it too dangerous to fly Marine One to the cemetery. And a 90-minute presidential motorcade ride, partially along two-lane pastoral roads, would have created underserved migraines for the Secret Service.

A November 20, 2018 e-mail from a “United States Marine Corps Military Aide to the President,” whose name the White House redacted, reads: “Team, We are BAD WX call for today’s lift. COS [chief of staff] Gen Kelly, will motorcade and replace POTUS for today’s ceremony.” This message was time-stamped 5:59 a.m., based on that day’s expected conditions. 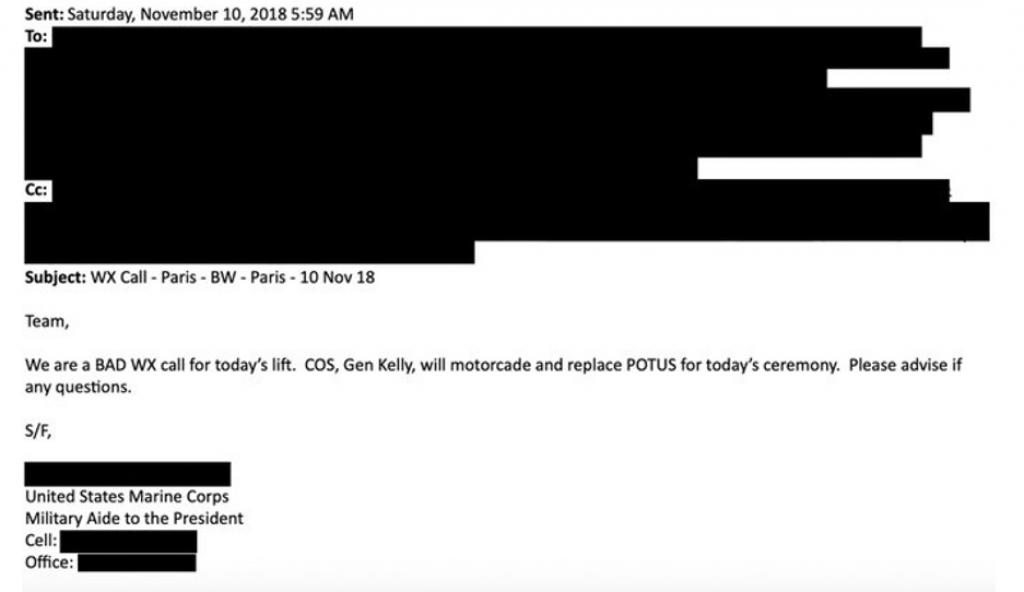 So, President Trump missed this ceremony. Instead, before flying home, he honored our fallen heroes at the Suresnes American Cemetery, west of Paris.

On my request, WeatherBELL Analytics LLC examined the meteorological data for the day of the President’s erstwhile Aisne-Marnes visit. “Given the large-scale nature of the storm system moving through western Europe on that date, data we pulled from Charles De Gaulle Airport, which is representative of the Paris area and points nearby,” the Manhattan-based forecasting company reported. “During this time period, the ceilings (height of the base of the clouds) were extremely low during the midday hours (600-700 feet).” 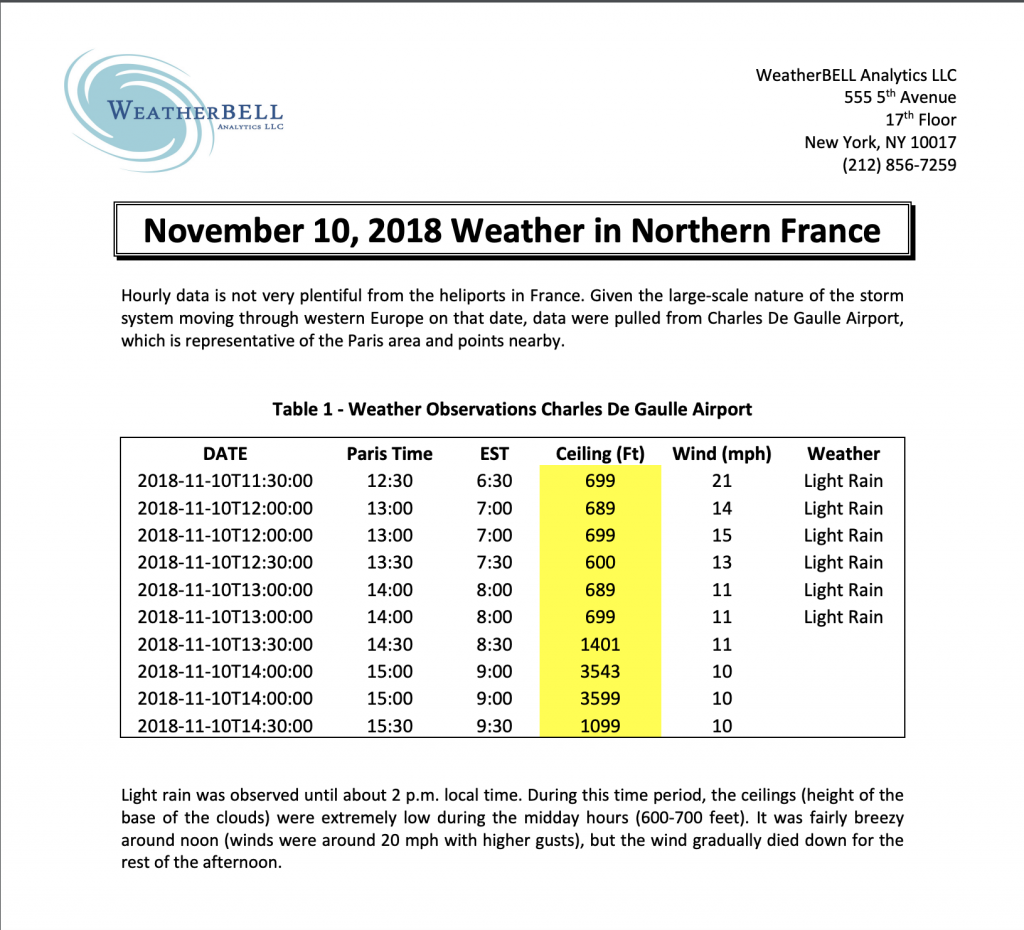 Low ceilings are not safe for helicopter operations. In fact, the ceilings were around 1,100 feet near the area where Kobe Bryant’s helicopter crashed on January 26.

Would Jeffrey Goldberg and The Atlantic have preferred that Marine One transport America’s Commander-in-Chief beneath a cloud ceiling 400-feet lower than the one that lulled Kobe Bryant, his daughter, pilot, and six family friends into a Los Angeles hillside?