Trump had Shot to Take Out Dictator, But THIS Former Adviser Stopped Him

Home /Foreign Affairs, Media, Military, NEWS/Trump had Shot to Take Out Dictator, But THIS Former Adviser Stopped Him

Trump had Shot to Take Out Dictator, But THIS Former Adviser Stopped Him 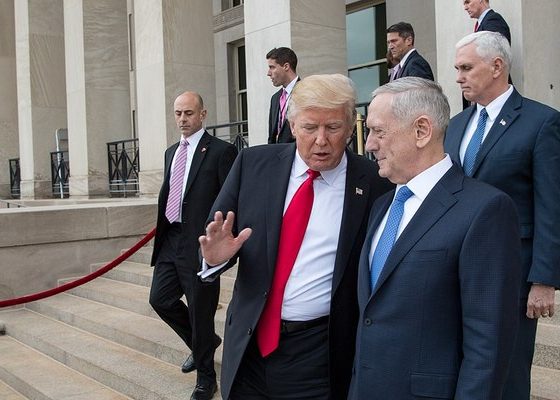 President Trump revealed that he has a shot to take out Syrian Dictator Bashar al-Assad but Secretary of James Mattis opposed the move.

President Trump on Tuesday said he had “a shot” to take out Syrian President Bashar al-Assad but didn’t take it because then-Defense Secretary James Mattis opposed the plan.

“I would’ve rather taken him out. I had him all set. Mattis didn’t want to do it. Mattis was a highly overrated general,” Trump said on “Fox & Friends.”

Trump was asked about a passage in Washington Post reporter Bob Woodward’s 2018 book, “Fear,” in which Trump purportedly called Mattis and said he wanted to kill Assad after the Syrian dictator launched a chemical attack on civilians in 2017.

“Let’s f—ing kill him! Let’s go in. Let’s kill the f—ing lot of them,” Trump said, according to Woodward.

Trump said although he wasn’t able to take him out, he doesn’t regret the decision. But did say that Mattis was against most interventions like this.

Trump also said an assassination attempt of Assad was never discussed and it shouldn’t have been written in Woodward’s book.