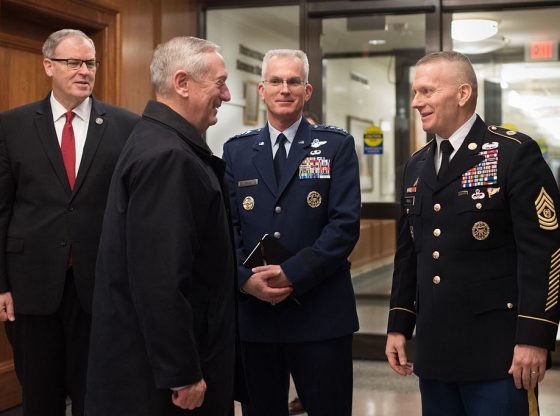 A former Vice-Chair of the Joint Chiefs of Staff under President Trump has endorsed Joe Biden for president.

“We are Republicans, Democrats, and Independents. We love our country,” the group wrote in an “Open Letter To America,” published Thursday. “Unfortunately, we also fear for it. The COVID-19 pandemic has proven America needs principled, wise, and responsible leadership. America needs a President who understands, as President Harry S. Truman said, that ‘the buck stops here.’”

“The current President has demonstrated he is not equal to the enormous responsibilities of his office; he cannot rise to meet challenges large or small,” they closed, claiming that “Joe Biden has the character, principles, wisdom, and leadership necessary to address a world on fire.”

This follows the endorsements of Biden from other former members of the Trump administration who have outed themselves.