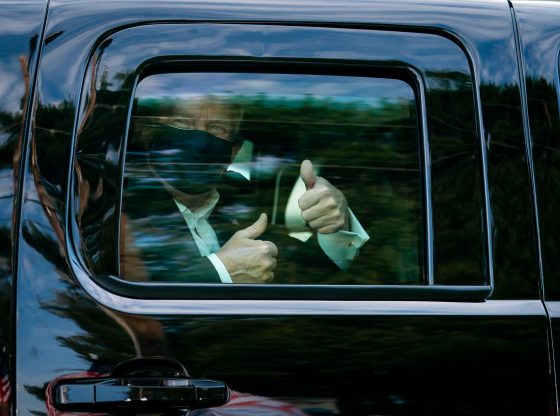 The manufactured panic around the Chinese Virus has backfired tremendously on the enemies of the American people in the media cartels. Like most of the Left, they live so deep in a fantasy that they lost sight of their narrative when they found out the President was sick.

Immediately they began speculating: “what if Trump dies? Can we kick him out of office? Here’s how Biden can actually win!” Some of the more bloodthirsty actively revealed their inhumanity by calling for his death.

All that suspense, all that build-up, all that mystery…. and what happened? Trump became a statistic – one of the over 95% of people in his age bracket who walk out of the hospital completely fine.

Now the media cartels and the left have a real mess on their hands. Either Donald Trump – a man who is overweight, over 70, and lives on KFC, taco bowls, and Big Macs – is superman, or the Chinese Coronavirus isn’t the Black Death.

Honestly, either could be true – Trump knew from the beginning what the best treatment for this thing was, and he also knew it wasn’t the Spanish Flu. Now what are the Dems going to do? The communists in France want to erase all Christian holidays because of COVID. Is that where we’re headed? It’s going to be a lot harder for the Socialist Dems to push their anti-Christian, racist, anti-American agenda using their Asian panic bug now that America’s President has kicked it in the teeth.

Keep well, Mr. President, and keep the Left on their back foot!