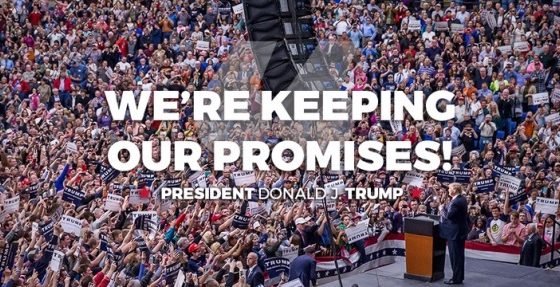 NEW YORK — An otherwise brilliant, engaging, and funny libertarian friend of mine cannot stand Donald J. Trump. Although he agrees with many of the president’s public policies, he has a peanut-allergy-like reaction to the man’s face. Alas, so do many other thinking people. These folks cannot concentrate on the Rose Parade of policy victories that Trump has delivered, both at home and abroad, notwithstanding the China virus, which has spread a cold, wet, infected blanket over the president’s multifarious accomplishments before, during, and after the pandemic’s peak.

My friend e-mailed several people some intriguing and — given the ongoing fallout from the COVID-19 economic lockdown — surprisingly upbeat news: An October 7 Gallup survey found that 56 percent of registered voters consider themselves better off than they were four years ago. Only 32 percent called themselves worse off.

Obama won re-election in 2012 just weeks before 45 percent of respondents said they were better off than four years hence. GW Bush scored a second term in 2004 with a 47 percent better-off response. While W’s father failed to get re-elected with 38 percent better-off, Ronald Reagan, the man who rescued Daddy Bush from oblivion (his greatest mistake), secured a staggering, 49-state landslide with only 44 percent of registered voters saying that they were better off.

Elsewhere, Gallup discovered that 49 percent of registered voters polled from September 14 to 28 believe that Joe Biden “has the personality and leadership qualities a president should have.” Only 44 percent found Trump, in this sense, “presidential.”

More encouraging for President Trump, however, 49 percent of respondents agree with him “on the issues that matter most to you.” Just 46 percent of registered voters mirror Biden on the issues.

This strongly suggests that President Trump should spend the rest of campaign 2020 following the same advice I offer those who bristle at his demeanor:

Rather than mock Biden’s claim that he “got his start” at historically black Delaware State University (no, he didn’t) and explain how odious Crooked Hillary truly is (does anyone disagree?), President Trump should remind voters of the record-setting powerhouse that Trumponomics built. From massive, broad-based tax cuts to robust deregulation to energy independence to the lowest black and Hispanic unemployment rates to last year’s record-low poverty figures, Trump, the GOP, and their pro-market ideas created something beautiful before Xi Jinping’s germs trashed the Earth.

Until November 3, excluding nearly all else, Trump and his surrogates relentlessly should ballyhoo these achievements at home, America’s dominant position overseas, and Trump’s total extermination of the ISIS caliphate.

Regardless, my Trump-loathing friend e-mailed these thoughts to others on Saturday afternoon:

If this poll is accurate:

(1) No one should dismiss Trump closing the gap on Biden; but

(2) What does this say about Trump’s despicable personality that even though the majority of people think that things are going well, a majority can’t stand him and (apparently) are prepared to vote for Biden?

When things were going boffo for Trump in 2018, the GOP still got CRUSHED in the mid-term elections — largely because so many people were nauseated by Trump’s persona.

My reply might help fellow Trump Train travelers who encounter this objection to the president from voters seemingly searching for a new friend rather than someone to lead the federal executive branch:

Everybody needs to get beyond “I don’t like Trump and wouldn’t have a beer with him” to “If Trump loses, this place becomes Venezuela:”

If you want to grab a beer, stop staring at the White House and call your best friend.

Do we want to remain Americans or become Venezuelans?

That’s the choice we face.

Obama Judge to Rule on…

“If Trump loses, this place becomes Venezuela.” Vote like your life depends on it from the top to the bottom of the ballot. Vote red. Very good advice.

“Vote like your life depends on it,” IT DOES!! Because IF the socialists take over we’ll have to choose subjugation or war. And we’ll have to bring Patrick Henry’s famous quote to the forefront~~ Give me liberty or give me death. I, for one, will not live a country dictated by the likes of Harris and Ocrazyo-Cortes.

So then you’d rather DIE than live around Democrat’s? Those are powerful words. No one I’ve ever heard of and in all the literature I’ve read (a lot) and News shows I’ve watched and things like Facebook it is hard to decide what is best for our citizens. But I am against Abortion completely and totally. I could Never Never vote for Abortion whether early mid or late pregnancy. How can Anyone be pro Abortion?? But I don’t think I can EVER vote for a President who lies to our citizens All the time about practically Everything. He has, for example, misled all Americans and lied about the Corona Virus. There is blood on his hands for the over two hundred thousand people. His saying over and over that it will go away with the heat that bleach would kill the virus(a stupid idea – deadly). And that we didn’t need to social distance or wear masks, and be careful for safety’s sake. No he just keeps saying It is what it is and goes about his business. No caring no compassion no consideration and now claiming he is cured and it wasn’t that big of deal. Say That to the families who lost so many loved ones!

President Trump has got to WIN! And we need to put these crazies’ from the swamp on Notice…. You Have been Canceled!

YOU will BE REELECTED if all fairness is observed Mr. President!

I love this President and far prefer his personality over his predecessor since I can’t stand hypocrites and liars. As far as beer goes if somehow Harris / Biden wins we’re all going to need many, many, many beers!

PELOSI AND SCHUMER ARE SAYING THAT IF TRUMP WINS THEY WILL BURN DOWN THE COUNTRY. THAT IS JUST AS HATEFUL THAT THEY ARE.

President Donald won’t let them. They can say all they want, but it will not happen. The USA IS A NATION UNDER GOD, SO WE THE PEOPLE MUST PRAY, FOR YAHWEH GOD TO INTERVINE FOR LAW AND ORDER TO WIN! TRUMO 2020!

TRUMP is getting my vote. I’ll not sit by and watch America be raped by 3rd world shitholes and dumbocraps.

Trump HAS to win 2020. What deroy describe what the Democrats would do is just icing on the cake. Abortion will become “law of the land” as sleepy joe quoted. Sick pedos will be allowed to “identify” with the age that they “feel” they are in school and it WILL be considered “discriminatory” if you speak the truth otherwise. Worst of all Judeo-Christian values will be thrown to the wastebasket like already been chewed gum. If you love AND live in this country, get over your hang ups over trump’s persona and vote him in based on his excellent policies.

I love his personality, It is to the point, heart felt, honest, and [email protected]

I wish and pray tha Americans see the danger on allowing the communist liberals to win. Everyone looses, not only Trump!