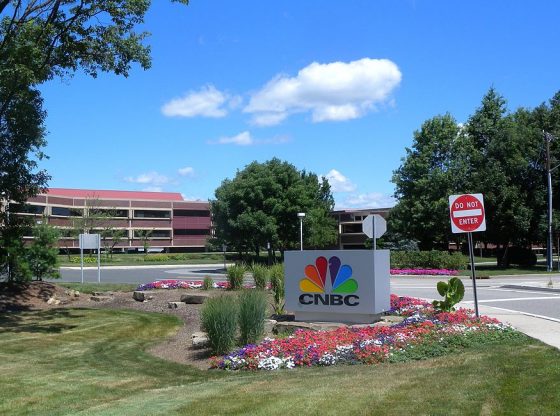 Shepherd Smith spent 23 years at Fox News. Most recently, he hosted “Shepard Smith Reporting” before leaving the network in October 2019.

Smith was a big critic of President Trump and evening anchor Tucker Carlson while at the Fox News Channel which caused turmoil inside the studio.

This summer CNBC signed Smith to host “The News with Shepard Smith” on CNBC from 7 to 8 PM. At his new network, he serves e chief general news anchor and chief breaking news anchor.

However, Smith’s new gig – which began earlier this month – might not last long.

The former Fox News star has hosted big-name guests, but it hasn’t been enough to bring in viewers.

According to Mediate the new show is flopping:

Bringing in an average of 343,000 total viewers in its first week according to Nielsen, the show dropped to 268,000 in its second week, 254,000 in its third, and is set to continue to decline for week four (ratings for last Friday will be in later today).

The 25-54 age demo ratings have been significantly lower, going from a meager 58,000 average viewers in the show’s debut week to just 48,000 the week later.

Between September 30 and October 22, The News with Shepard Smith was at the bottom of 7 p.m. cable news ratings — behind MSNBC’s Joy Reid, CNN’s Erin Burnett and Fox News’ Martha MacCallum — with an average of 272,000 viewers.

What’s worse is Smith is even lagging behind Lou Dobbs Tonight reruns on Fox Business at 7 pm. The show initially airs at 5 pm.

When at Fox News, Smith averaged well over one million viewers per day suggesting that Fox News viewers have largely not followed him over to CNBC.

CNBC released a statement to Mediate claiming viewers have responded well to Smith’s new show and stating that it will take time for viewers to form new viewing habits.

If viewers don’t form new viewing habits, Smith could be back off the air in the hyper-competitive cable news market.