Michael Moore Sounds the Alarms, Says the Polls are Wrong

Michael Moore Sounds the Alarms, Says the Polls are Wrong 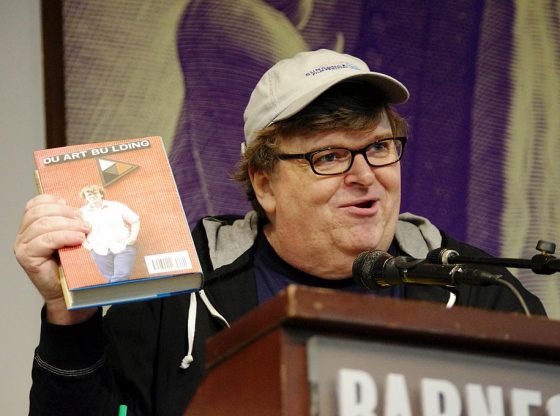 Liberal filmmaker and outspoke Trump critic is sounding the alarms about an impending Trump victory saying the race is closer than the polls show.

During his appearance on The Hill TV’s “Rising,” Moore began by calling it “awful news” that Biden was ahead of Trump by seven points in his home state of Michigan and explained how Trump managed to cut Biden’s lead “in half,” citing another poll that had the Democratic nominee “16 points” ahead of the president.

“Trump has tightened virtually every one of these swing states to the point where- what are they saying this morning?… ‘Biden’s five points ahead in Wisconsin… maybe three points ahead in Florida, two points ahead in Arizona’… Listen, don’t believe these polls,'” Moore said. “The Trump vote is always being undercounted. Pollsters- when they actually call the Trump voter, the Trump voter is very suspicious of the ‘Deep State’ calling them and asking them who they’re voting for.”

“I’m warning you almost 10 weeks in advance. The enthusiasm level for the 60 million in Trump’s base is OFF THE CHARTS! For Joe, not so much,” Moore wrote in a Facebook post. “Don’t leave it to the Democrats to get rid of Trump. YOU have to get rid of Trump. WE have to wake up every day for the next 67 days and make sure each of us are going to get a hundred people out to vote. ACT NOW!”

How is this POS relevant to anything that Americans need to know???

Boy howdy that is exactly right what a COB OF S–T .

President Trump WILL win just like he won 4 years ago. Biden has dementia, he thought for a minute he was against George Bush in the campaign and caught himself. He does not even know who is the President. I have been behind Trump from the very beginning and he has accomplished all I was hoping he would.

Tell the left’s to come in a group and I will match them one for one . And with me being American team and them the swamp team or China team to meat in a Wal-Mart parking lot and we will see who will walk away.

Hey “Fat Boy” instead of spewing your garbage opinion, how about throwing up some of that food you devour. You could stand to lose a few hundred pounds. Does the word “Slovenly” ring any bells for you?

Sorry Casey it would fall on deaf ears otherwise he wouldn`t the fat BLOOB that he is .

Moore is a liberal donkey’s butt.

The one big take from Moore’s comments here, is that he finally acknowledges that there is indeed a “Deep State”, and people are suspicious of it. Thank you Mr. Moore for confirming that the liberal left are truly aware of it and are deeply immersed in it.

News Flash Mr. Moore, the. polls lie and are not done correctly. Senile Joe and Kamala never led in any state. Dim wits have all outed themselves in any state, county, city they ruled in with their draconian leadership. Their intent was clear, their actions were clear. And they have all ignored their legal constituents and in most cases let the anarchist loose on their populace.

Hey Mike – get your fat ugly a.s.s. down to Arizona and see how real Americans vote – Trump 2020

Why would you “want to get rid of Trump?” Obviously the best thing that has happened to America since Ronald Reagan – another Hollywood Democrat who became truly “woke.”
Oh, hey Michael, I know how to “get rid of Trump” move to Communist-Virus China. Actually, you don’t have to go that far – 90 miles south of Key West will get you Cuba – just be careful about criticizing their “president.”