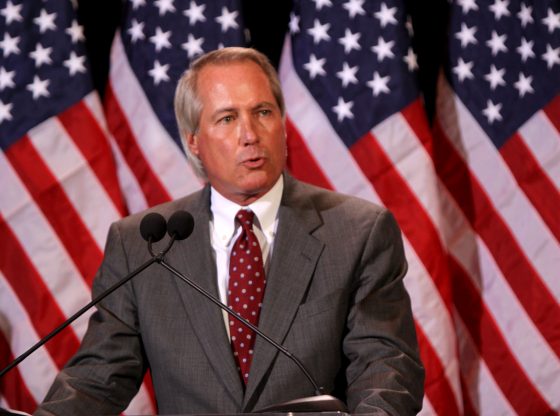 Lin Wood is a Georgia-based attorney who claims to be a Trump supporter in public but in private spending times and money supporting Democrats. Recently, the RINO lawyer has been attempting to use his time and resources to deter Georgia voters from voting for Republican candidates David Perdue and Kelly Loeffler unless they join in demanding Gov. Brian Kemp call an emergency session in the legislature to investigate voter fraud claims.

Wood can be heard telling a crowd in Georgia, “They’ve got to demand publicly, repeatedly, consistently, Brian Kemp call a special session of the Georgia legislature, and if they do not do it, if Kelly Loeffler and David Perdue do not do it, they have not earned your vote. Don’t you give it to them.”

Here’s Lin Wood telling Republicans not to vote for @KLoeffler & @Perduesenate in the GA runoffs. Wood is a democrat & he has voted in democrat primaries.

Despite the fact Lin Wood attempts to mask himself as a Republican and Trump supporter it’s clear that money doesn’t lie. Wood has been secretly contributing to Democrat candidates for years, even voting for Democrats in Georgia elections.

Wood voted in the Abrams primary in 2018. He also did not vote in Donald Trump’s 2016 primary.

In a report from The Daily Wire:

While Wood made his comments purportedly as a self-described supporter of Trump, while donning a red “Make America Great Again” ball cap, the real story here is that Wood is by no means a Republican and there is no record in Georgia of him ever voting for President Trump—in 2016 or in 2020—in the Republican primaries. While Wood did vote in the 2020 and 2016 general elections in Georgia—there are no records in Georgia of him pulling a GOP primary ballot in 2016 or 2020, the two years President Trump was on the ticket. Ironically, in both the 2020 and 2016 general elections, state records show that Wood voted absentee—by mail—in Georgia, the same system he is now railing against. …

Wood also has a long history of donating to top Democrats’ presidential, gubernatorial, senatorial, and congressional campaigns. While he did shift a little bit during the Trump era and made some donations to Trump and some congressional Republicans and to the Republican National Committee, per Federal Election Commission (FEC) records, Wood has long backed Democrats for federal office and especially for Georgia offices. Donations to Democrat Party politicians from Wood over a decade plus total more than $40,000, and span from as far back as 2004 through as recently as 2018.

Despite Wood’s attempts to peel voters away from Perdue and Loeffler Republicans across the country have ralled around the two candidates as they fight to protect the two Senate seats from the Democrats.