Congressman-Elect Pledges to Challenge This

Congressman-Elect Pledges to Challenge This 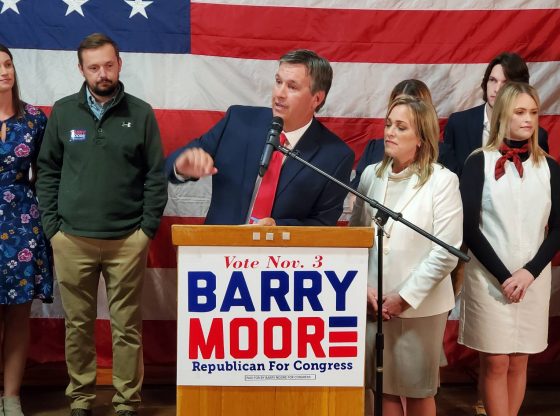 Republican lawmakers are banding together in the fight to keep President Trump in office and protect the integrity of elections by challenging Electoral College votes. Alabama Congressman-elect Barry Moore has pledged to join Rep. Mo Brooks, a fellow Alabama Congressman, by directly challenging the electoral votes his first day in Congress.

Moore is a longtime Trump supporter who has publicly supported the President’s legal battles contesting the election results in multiple states alleging widespread voter fraud impacted the election and his refusal to concede.

Moore took to Twitter to solidify his stance with Congressman Brooks writing, “It’s my honor to stand with @RepMoBrooks we met in his office yesterday It’s time to stand it’s time we draw a line I. The sand and advance #election integrity… it’s the new #woke”

It’s my honor to stand with @RepMoBrooks we met in his office yesterday it’s time to stand it’s time we draw a line I. The sand and advance #ElectionIntegrity …it’s the new #woke

The new #woke is #StopTheSteaI #ElectionIntegrity matters I support this and have agreed to go to the house floor from day one and fight https://t.co/Rv1RLRySfm

“We got to get it right. We got to make sure that either 70 or 80 million people don’t feel disenfranchised and feel like it was stolen, regardless of which direction it goes,” Moore said. “You don’t need to have somebody over here voting that’s not necessarily legal or even it’s not, they don’t even exist. They just duplicate ballots and cancel you out or cancel me out.”

Brooks, in an interview with “Fox Across America,” said he believed that state election laws on mail ballots were unconstitutional and that Congress should not be recognizing those votes.

“I, as a member of Congress and one of the judges and jurors that have the final and ultimate decision on who won this presidential election, I’m not counting those ballots when I make a judgment as to whether a state submission of Electoral College votes is correct or incorrect,” Brooks said. “I’m not counting any illegal ballots when I make that decision, and as such, in my judgment, if we limited our vote count to lawful votes cast by eligible American citizens, that Donald Trump easily won a majority of the Electoral College and won reelection.”

Congressman-elect Moore supports the implementation of a federal voter I.Dd as a means to streamline the voting process. Moore believes a national voter I.D. would be a safeguard to ensure confidence in the election process and ease concerns of ineligible voters casting illegal ballots.

He continued: “There has to be a system, I think a national voter I.D., and I would be willing to fund the I.D. The federal government could put the funds, the money we spend in some areas… the American people have got to believe in the government that they’ve elected was duly elected by them.”

Moore mentioned that the federal government provides Americans with Social Security cards, and said a federal voter I.D. did not necessarily need to be a photo I.D., “just the name lining up with the Social Security number when they vote

Advertisement
Help The GOP KEEP The Senate [ACT TODAY]
Rules For Thee Not For Me: The Dems Who Broke Their Own Covid Restrictions
Fraud Evidence Mounts as “No Evidence!” Chants Grow Louder