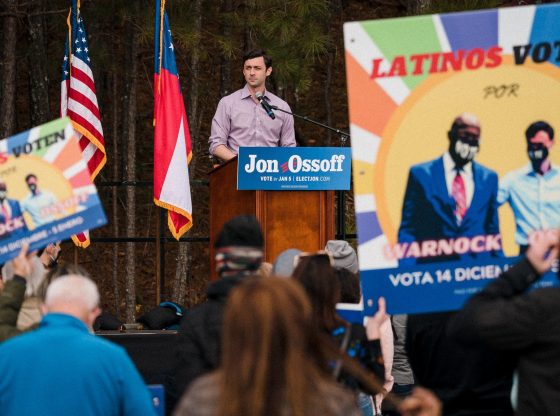 Ossoff, a 33-year-old media executive, won a runoff election against Perdue, the one-term senator and former Fortune 500 CEO, who at 71 is more than twice Ossoff’s age. The November Election Day result failed to give either candidate a majority, forcing Tuesday’s rematch.

With Warnock and Ossoff’s wins, the Senate is deadlocked with 50 Democrats and 50 Republicans, with Vice President-elect Kamala Harris serving as the tie-breaking vote for Democrats. But Democrats still need to get their entire caucus on board to remove the 60-vote filibuster to end debate on most legislation, which is no sure thing.

Perdue narrowly missed defeating Ossoff in November’s election, falling short of the 50% threshold needed for victory. In that race, Perdue topped by Ossoff by 88,098 votes, 49.73% to 47.95%, with Libertarian Shane Hazel pulling in 115,039 votes.

Perdue was at a disadvantage when it came to fundraising. Ossoff was the best-funded candidate of all time for a single congressional election. Through Dec. 16, the latest FEC filings available, Ossoff raised $138.3 million and Perdue raised  $89.1 million.