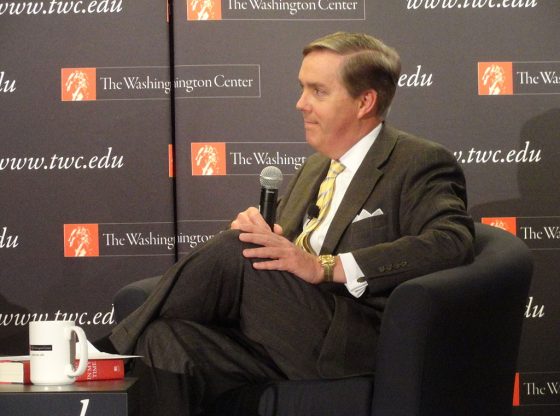 Disgraced Steve Scully is returning to C-SPAN. The network announced in a press release that following a three-month leave Scully will officially be making his return. Scully was previously scheduled to moderate the second presidential debate but was later caught trying to solicit advice on Twitter on “how to handle Trump” from Trump’s adversary Anthony Scaramucci. However, when Scully’s tweet caught attention for its inherent bias he quickly tried to cover up the scandal by claiming his account was hacked. It was not long before Scully came forward and admitted he fabricated the entire hacking story.

In the press release, C-SPAN says that it ultimately decided for Scully to return because “We view October’s events as a singular episode in an otherwise successful 30-year career.”

*Except he did the exact same thing on a few other occasions. Minor details.

Remember if it’s against @realDonaldTrump there is no consequence. If it was against Joe Biden he’d never work in DC again. https://t.co/4kcniQnvae

On October 9, C-SPAN said in a statement that Scully did not send the tweet and that law enforcement officials had been contacted over the incident. C-SPAN and Scully faced immediate backlash over the incident as many noted that the entire ordeal was fishy from the start.

A week later, C-SPAN announced that it was suspending Scully because he admitted to lying about the incident. Scully worked for Democratic candidate Joe Biden in the past, posted pictures of himself with Biden online, and made anti-Trump remarks.

Following his suspension from the network, Scully sought to shift blame for his actions on to Trump and right-wing media.

“For several weeks, I was subjected to relentless criticism on social media and in conservative news outlets regarding my role as moderator for the second presidential debate, including attacks aimed directly at my family,” Scully wrote. “This culminated on Thursday, October 8th when I heard President Trump go on national television twice and falsely attack me by name. Out of frustration, I sent a brief tweet addressed to Anthony Scaramucci. The next morning when I saw that this tweet had created a new controversy, I falsely claimed that my Twitter account had been hacked.”

I was right again! Steve Scully just admitted he was lying about his Twitter being hacked. The Debate was Rigged! He was suspended from @cspan indefinitely. The Trump Campaign was not treated fairly by the “Commission”. Did I show good instincts in being the first to know?

Satan is alive and well in the USA.

He’s having a festival lately! Pray.

I guess C-Span does not care if their reporters lie and put out false statements. Remember not to listen or buy anything from them . Hope they go broke ,that’s my opinion

He will fit right in covering Harris/Biden since “embellishing” when writing their life stories is what they do best. If they were republicans it would be called telling lies.

Scully has to be a scumbag to be employed by C-Span.

He will always lie…it’s in his DNA!

It’s fine for him to be a reporter now because he will treat Biden nicely and his employer will approve. All is right with the Fake News Media again.

we will always know what Ice cream Biden is having that day : you know those hard hitting questions

Satan is here, in the House of Representatives and in the Senate and incoming administration! Biden will be in incomprehensible situation! To old and can’t comprehend the circumstances! The American people will suffer! Pelosi said it herself let the homeless die! I wonder what she wants of old people and in senior homes! I know DeBllio wants us dead! It only means civil war is on the horizon! Cuomo and his thugs of communist are in all cities across our land!

Settle down and accept your shackles, you don’t have what it takes to make war.

where do I sign up for my guarantee income from the government ready to quit my job and hang out at the beach :

I heard he also got a 6 figure pay raise as well.

Trump has made himself a joke.

A relative of a true Nazi! That is who this man Albert HESS is

were do I signed up to get my vaccine that Biden develop for the H1N1 : oh that’s right we don’t have one

Isn’t C-Span paid for with Government Money? Both the plug AND the money should be cut off!

What is wrong wit hC-Span can’t they find hibnest people to work for them?
this guy shouyld be toast period! Andnever allowed to work in DC ever again! A real slug!

MANUEL A ALVAREZ
Reply to  gramma

he has the number one quality you need for the media, he is liar, and incompetent what else do you need to succeed in the media in DC : Amen

I think there will be a lot of so called journalists and opinion makers out of a living. Controlled news from the top is never very interesting and I think the average citizen will never trust news again. Once the trust is gone nothing is news just conjecture.

I figured out 30+ years ago that our so-called “media” LIES to the American people on a daily basis and it is time that everyone else figures that out too…. they are nothing but a PROPAGANDA machine for the Democrat party

Ur a scumbag! Eat that u creep!

There are still 73m people out here that will make these socialist reporters days miserable.

Any wonder the President calls these people scum???

It is alright to lie if you are a Democrat. It is acceptable and is expected. Got it?

THANK A SCHOOL TEACHER AMERICA !
FOUR YEARS AGO, THE COMMIE LACKEYS STARTED ON YOUR 14 YR. OLDS TO HATE ORANGE MAN, GOT THEM REGISTERED IN CLASS AS DEMOCRAP VOTERS, IF THEY WERE TO TURN 18 BEFORE THE ELECTION.

Only in a “Democrat” society would you come to expect a criminal to get their job back. Doesn’t say much for C-Span and its reputation.

Demonrats have so much baggage together they can’t afford to spill on each other. Trolls