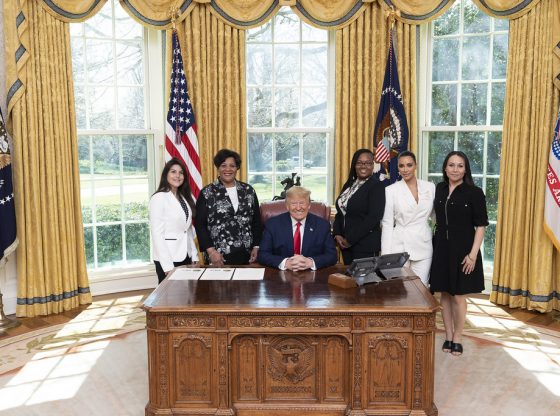 Last evening, President Trump – as one of his final acts as President of the United States – issued 73 pardons and 70 commutations.

Notably, some in the media speculated Trump would “preemptively” issue pardons to members of his family and former NYC Mayor and Trump legal counsel Rudy Giuliani. He did not issue pardons to them nor did he issue them to Edward Snowden or Julian Assange despite intense social media pressure from notable Trump supporters.

The most notable pardons & commutations:

Steve Bannon – The former Trump Advisor was granted a full pardon. According to the White House, Mr. Bannon, “Mr. Bannon with charges related to fraud stemming from his involvement in a political project. Mr. Bannon has been an important leader in the conservative movement and is known for his political acumen.”

Representative Rick Renzi –In 2013, Mr. Renzi was convicted of extortion, bribery, insurance fraud, money laundering, and racketeering. He was sentenced to 2 years in federal prison, 2 years of supervised release, and paid a $25,000 fine. Before his conviction, Mr. Renzi served three terms in the House of Representatives. His constituents considered him a strong advocate for better housing, quality education, and improved healthcare—especially for the underprivileged and Native Americans. (White House)

Elliot Broidy- The former Deputy National Finance Chair of the Republican National Committee who was convicted on one count of conspiracy to serve as an unregistered agent of a foreign principal.

Dr. Scott Harkonen- “Convicted of fraud based on a misleading caption in a press release with respect to a treatment for a disease. Dr. Harkonen is world-renowned for his discovery of a new kidney disease, as well as its cause and treatment. Dr. Harkonen looks forward to returning to medicine.” (White House)

Former Congressman Robert Cannon “Robin” Hayes- The “former North Carolina Congressman is serving a 1-year term of probation for making a false statement in the course of a Federal investigation. In addition to his years in Congress, Mr. Hayes has served as Chairman of the North Carolina Republican Party and Chair of the National Council of Republican Party Chairs.” (White House)

Paul Erickson- “Mr. Erickson’s conviction was based off the Russian collusion hoax. After finding no grounds to charge him with any crimes with respect to connections with Russia, he was charged with a minor financial crime. Although the Department of Justice sought a lesser sentence, Mr. Erickson was sentenced to 7 years’ imprisonment—nearly double the Department of Justice’s recommended maximum sentence. This pardon helps right the wrongs of what has been revealed to be perhaps the greatest witch hunt in American History.” (White House)

Former Detroit Mayor Kwame Kilpatrick – “This commutation is strongly supported by prominent members of the Detroit community, Alveda King, Alice Johnson, Diamond and Silk, Pastor Paula White, Peter Karmanos, Representative Sherry Gay-Dagnogo of the Michigan House of Representatives, Representative Karen Whitsett of the Michigan House of Representatives, and more than 30 faith leaders. Mr. Kilpatrick has served approximately 7 years in prison for his role in a racketeering and bribery scheme while he held public office. During his incarceration, Mr. Kilpatrick has taught public speaking classes and has led Bible Study groups with his fellow inmates.” (White House)

Randall “Duke” Cunningham – “President Trump granted a conditional pardon to Randall “Duke” Cunningham who was released from prison in 2013. Former Speaker of the House Newt Gingrich strongly supports this pardon. Mr. Cunningham, a former California Congressman, was sentenced to over 8 years’ imprisonment for accepting bribes while he held public office. During his time in prison, Mr. Cunningham tutored other inmates to help them achieve their GED. Mr. Cunningham is a combat veteran, an ace fighter pilot, and a member of the Military Order of Purple Hearts. Although combat-disabled, he continues to serve his community by volunteering with a local fire department and is active in Bible Study.” ((White House)

William Walters- The famed professional sports gambler was convicted of insider trading and sentenced to 5 years in prison. “Since his conviction, Mr. Walters has served nearly 4 years of his prison sentence and has paid $44 million in fines, forfeitures, and restitution. In addition to his established reputation in the sports and gaming industry, Mr. Walters is well known for his philanthropic efforts and was previously named Las Vegas’ Philanthropist of the Year.”

Dwayne Michael Carter Jr. (Rapper Lil’ Wayne) – “Mr. Carter pled guilty to possession of a firearm and ammunition by a convicted felon, owing to a conviction over 10 years ago.  Brett Berish of Sovereign Brands, who supports a pardon for Mr. Carter, describes him as “trustworthy, kind-hearted and generous.”  Mr. Carter has exhibited this generosity through a commitment to a variety of charities, including donations to research hospitals and a host of foodbanks.  Deion Sanders, who also wrote in support of this pardon, calls Mr. Wayne “a provider for his family, a friend to many, a man of faith, a natural giver to the less fortunate, a waymaker, [and] a game changer.”

Bill K. Kapri (Rapper Kodak Black) – “Kodak Black was sentenced to 46 months in prison for making a false statement on a Federal document. He has served nearly half of his sentence. Before his conviction and after reaching success as a recording artist, Kodak Black became deeply involved in numerous philanthropic efforts. In fact, he has committed to supporting a variety of charitable efforts, such as providing educational resources to students and families of fallen law enforcement officers and the underprivileged. In addition to these efforts, he has paid for the notebooks of school children, provided funding and supplies to daycare centers, provided food for the hungry, and annually provides for underprivileged children during Christmas. Most recently while still incarcerated, Kodak Black donated $50,000 to David Portnoy’s Barstool Fund, which provides funds to small businesses affected by the COVID-19 pandemic. Kodak Black’s only request was that his donation go toward restaurants in his hometown.”

CLICK the “NEXT PAGE” button to see the other pardons and commutations:

Do you remember their names?

I feel so sorry for that family. They don’t deserve this.

I think you mean internment camps or ‘re-education’ camps.

Yup, democrat supporters and communist tactic copied propaganda news outlets want indoctrination concentration camps modeled and copied after that of the Khmer Rouge. Then, “our dear supreme leader comrade Beijing Joe,” employee of the month for the CCP, can make that wet dream happened. However, Beijing Joe has to make that happen real soon before House majority give comrade Harris, as originally planned the presidency. The senile lady hair sniffing doggy style perverted supreme leader of the democratic socialist party, is seen rushing madly to sign anything the comrades place in front of him. Usually, quickly after they tie him to his seat at the desk, and then put a pen him in his hand, so he can put his scratch mark on each executive order. it is so bad we heard, his medical attendants take his pen away before he goes into the head, fearing he might return with a signed slice of soiled shit paper thinking it was a document he had to sign to please his masters in congress. Yup, comrades we got us a one of them there, leftest democracies now? You been silenced, yet on Twitter, google, YouTube, or Facebook? I read a congressional lunatic from Florida wants to ban young men who attended a Trump rally from joining the military. You cannot make this shit up. The Stalinist copied purge continues against enemies of the democrats. Name one democracy that refuses the right to opposition political parties, or refuses to investigate an election questioned by tens of millions?

Can he be pardoned when he hasn’t been found guilty of anything yet?

Bravo Mr.President. Thanks for the last four years. See you back again in four years!

With Biden and Harris in office I look for it to be two instead of four years.

[…] Read the entire list of pardons and commutations HERE. […]

Assange and Snowden are the most deserving, WHY forget about them . . . . .

They still aren`t talking about the voting machines that were provided for by Soros. This is why someone should ask themselves this question (*j*}??? How much money is enough? Soros might have a decade before he expires. Assange told us about Soros and illegally sold yellowcake uranium.

Pelosi made 100 million on the side on a 175,000 a year salary, no wonder they stay in congress for 40 to 50 years it beats trying to earn a living honestly.

Assange should have been on that list! Sad! Also Snowden should of been on the list again sad!

Others not President Trump were responsible…starts with a C possibly

McConnell?? That wouldn’t be a surprise.

The reporters and Assuage were going to be on the list, but NewsMax reported that McConnell threatened to allow full impeachment through the Senate to conviction if he did. SCUMBAG. Seems to me Establishment Repubs and Dems are sleeping together… Can we fix it???

Well, God willing if he gets back in, it’ll happen.

I worry what will happen to them while incarcerated. McConnell sure is one of satan’s lowlife soldiers.

Excellent job. You really researched everyone. They weren’t just political pardons but were people who added to our community.

I REALLY am surprised to see all the names in support of pardoning Kilpatrick. That man, and his family lived like the King of Detroit for years. His family felt entitled for many more years since his mother was a much too long Michigan Representative. They all had funds galore, many set up for the children of the underprivileged area, that were nothing more than slush-funds for their lifestyles of the rich and famous. And even as I’m a Christian, how NOT surprised I was to read he’s led Bible studies all the years he’s been incarcerated. But he never missed an opportunity to pursue whatever new avenues he thought might get him out. We never heard acknowledgment of his wrongs. We never saw any change in his demeanor or humbling of spirit. A lot of Christian names and Detroit officials seem to believe he’s had enough. But the Detroit public has seen nothing. Personally, I don’t believe this was a good use of a Presidential pardon at all.