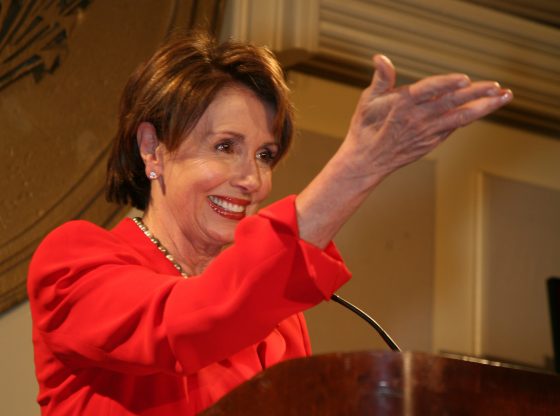 Nancy Pelosi has claimed she’s firmly opposed to gerrymandering…but not if it could help the Democrats win. Pelosi’s latest act of blatant hypocrisy comes to light after Federal Elections Commission (FEC) filings showed the Pelosi-linked political action committee (PAC) called PAC to the Future pumped over $300,000 into a Democrat redistricting group

National Democratic Redistricting Organization is lead by Eric Holder, the U.S. attorney general during the Obama administration. Pelosi’s husband is the treasurer of PAC to the Future.

Holder’s group will be at the forefront of left-wing gerrymandering efforts aimed at creating favorable maps for Democratic candidates during this year’s redistricting cycle, the Free Beacon reported Monday. The group says on their website that they are “here to fix” Republican gerrymandering efforts.

“This year, the Democratic Majority passed H.R. 1, the For The People Act, which works to end to partisan gerrymandering by requiring all states to establish independent, nonpartisan redistricting commissions to draw open and transparent statewide district maps after each Census,” Pelosi said in June 2019.

“We will continue to fight partisan gerrymandering, ensure every citizen’s vote counts and oppose any attempt to compromise the integrity of our democracy.”