REPORT: Ballots to be Unsealed in Georgia?

Home /NEWS, Politics/REPORT: Ballots to be Unsealed in Georgia?

REPORT: Ballots to be Unsealed in Georgia? 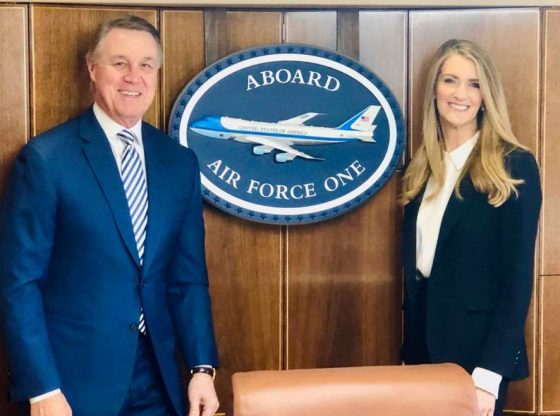 A judge has indicated that absentee ballots in Georgia, specifically in Fulton County, could be unsealed in order to dispel any notion of fraud occurring. The watchdog group leading the lawsuit is lead by former United States Senator Kelly Loeffler.

A watchdog in Georgia filed a lawsuit for absentee ballots to be unsealed in Fulton County on account of allegations of potential fraud. Judge Brian Amero indicated on Monday that the ballots could be unsealed, as mandated by Georgia law, in order to dispel a lack of confidence in the 2020 election’s integrity.

“We want to do this in such a way that dispels rumors and disinformation and sheds light,” Amero said at a hearing regarding the ballots on Monday, per the Atlanta Journal Constitution. “The devil’s in the details.”

“Georgia voters deserve to have confidence that their voice – and their vote – is heard. Unfortunately, the many irregularities we saw in the 2020 elections have eroded trust in our electoral process,” Loeffler said. “We fully support the move to unseal and investigate absentee ballot process in Fulton County. Transparency is the first step toward restoring integrity and accountability in our elections, and we look forward to the investigations’ findings.”

Georgians deserve to have confidence that their voice—and their vote—is heard.

That’s why @GreaterGeorgia fully supports the move to investigate absentee ballots from the 2020 election in Fulton County.

We must restore transparency and integrity in our electoral process. pic.twitter.com/pdDci8O0Ip

It appears the fight for the truth in Georgia continues.