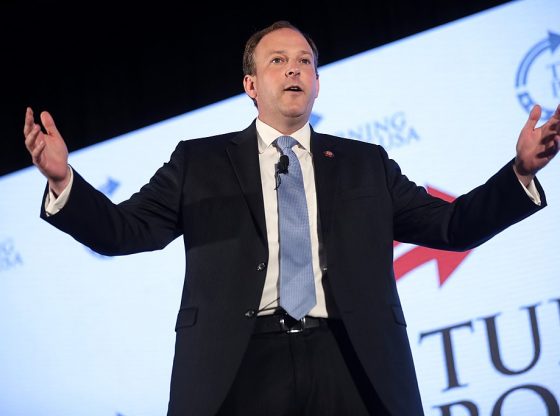 Republican Representative Lee Zeldin has officially announced his gubernatorial campaign to oust Gov. Cuomo from office. The pro-Trump lawmaker made the announcement saying, “to save New York, Andrew Cuomo’s got to go.” Rep. Zeldin has represented the Long Island district since 2015 and fiercely defended Trump in both impeachment trials.

The Republican said that Cuomo’s seemingly endless string of scandals helped spur his decision to run for governor as well as the income tax rate in the state.

I'll bring the kind of relentless, fighting spirit towards helping to save our state that Cuomo reserves for multi-million dollar self-congratulatory book deals, cover-ups, abuse & self-dealing.

Zeldin added that “people are fleeing,” the state due to tax rates and argued that income taxes have to be lowered.

“They want to stay — their family is here — but they can’t afford to, so they’re heading down south. On so many different levels it’s the quality of life, it’s the cost of living. And I love this state. I’m still here, you’re still here. We need to turn it around,” Zeldin said.

“I’ll bring the kind of relentless, fighting spirit towards helping to save our state that Cuomo reserves for multi-million dollar self-congratulatory book deals, cover-ups, abuse & self-dealing,” Zeldin wrote on Twitter.

“With 1-party Dem rule in NYC & Albany, the light that was a beacon of what America can be has gone dark. The NY once a magnet for the world’s best & brightest is now forcing its own to leave under the weight of crushing taxes, lost jobs, suffocating regulations, & rising crime,” Zeldin added.

News recently broke that Andrew Giuliani is also considering running for New York governor but has yet to make any formal announcement. [READ NEXT: Andrew Giuliani Eyes Unseating Cuomo in 2022 Gubernatorial Race]

you’ll get my vote…!

Zeldin is a great MAGA but in NY he’s facing long odds with the crooked NYC machine buying/fabricating votes!

Democrats cheat, they never play by the rules, they are the reason so many people are living in misery.

I think he will be lucky if all he looses is the election.

Usually it just replaces the incumbent with another party hack and nothing can be done. Look at the history of term limits vs no limit. That is the feeling in CA. Make your choice with this in mind.

I’m very happy to see Republicans getting in the ring to oust this current corrupt goon. However, the people of New York for the most part are asleep. Yes, there’s still people there with commonsense, but, Manhattan and a couple of other areas are turds to the core. A may eventually go back if it turns RED.

I wonder if the people of New York remember what it was like under Governor’s Ed Koch and Rudy Giuliani. Giuliani cleaned the place up, crime was at an all time low, he supported Law enforcement, was a friend to all branches of service, Firefighters, First responders, and Coast guard, what a difference a radical liberal like Cuomo makes in the quality of life.

I spent the first 24 years of my life on LI but now I’ve in TN. I will seriously consider contributing to Zeldin’s campaign.

I certainly agree that Lee Z. is facing long odds on getting elected as Governor! Of course, the only way possible is that New York City has a gullet full of marxist mayor De Blasio and Cuomo responsible for untold thousands of nursing home patients! Of course Cuomo did everything from extorting people to keep blame and criticism of him under wraps to him blaming it ALL on DJT!
Good luck to Lee Z. It would certainly be wonderful to have a good Republican in that Governor’s seat!

Either one Zeldin-Guilani, will have an uphill battle, but crooked Cuomo has to go, enough is enough, when will people wake up, your state is barely above the water line, fixing to sink into the ABYSS, and beyond, the state needs to put someone in office that will turn what Cuomo screwed up like Biden did and TURN it around

Are you noticing how many non-political GOP candidates are throwing their hats in the political rings across the U.S.? LOTS!!

Is this the awakening of the GOP Party come to rescue our Country from the despots in D.C.? I do believe it is happening. 2022 is going to be an interesting year for America! If President Trump runs again in 2024, it should be a majority Conservative House, Senate, and Presidency! Whaahoo!

So glad to see these people coming forth to do battle against the clueless corrupt democrats!!

Can Lee Zeldin do a heck of alot better on every level than Andrew Cuomo….You bet he can, just give him a chance!

I hope the people of New York can see that someone who has their best interest at heart is stepping forward to give them a chance at what many other states have, ie, freedom and the ability to keep more of their hard earned money. If they’ll get off their one party rule, ie, Democrat and give this man, Lee Zeldin, a chance, they’ll be greatly rewarded.