Fox News host Chris Wallace accused President Biden’s Transportation Secretary, Pete Buttigieg of purposefully attempting to mislead Americans about the number of jobs Biden’s infrastructure bill would create. Buttigieg attempted to claim the $2 trillion bill would create 19 million jobs. Wallace put Buttigieg on the spot about his misleading comments saying, “Why not be straight about the conditions in the U.S. to the American people?” and asking “why mislead folks?”

“Not necessarily in Congress, however,” Wallace pointed out. “I want to give you another fact check: All of you in the Biden administration have been selling this plan as a huge jobs creator. Here you are last Sunday.”

Wallace then played a clip of Buttigieg appearing on NBC’s “Meet The Press” and claiming, “The American jobs plan is about a generational investment. It’s gonna create 19 million jobs and we’re talking about economic growth that’s gonna go on years and years.”

Wallace noted, “But it turns out the study you’re citing from Moody’s Analytics says the economy will add 16.3 million jobs without the infrastructure bill and 2.7 million more with it. So it doesn’t, as you said last Sunday, create 19 million jobs. Again, Secretary Buttigieg, why mislead folks?”

As Buttigieg poorly attempted to clarify his comments Wallace pushed back, “Right. But two million. Two million, not 19 million.”

Buttigieg, along with the rest of the Biden administration follow the Biden approved policy of LIE…LIE…LIE and then deny when things don’t work out. It’s really the Democratic policy, has been since the inception of the Democratic Party.

Yebbut where is Beavis? Is it Biden? Bivis and Butthead!

EVERY DAMN THING !!!
EVERY !!! DAMN THING
THE DEMOCRATS SAY
IS MISLEADING
& A LIE !!!
& I CANT BELEAVE PEOPLE ARE STUPID
ENOUGH TO BELEAVE ALL OF THERE MISLEADING LIES

I wonder how many people who listen to MSM DNC media are actually literate.

I believe a large percentage are literate. After all, most are union members and/or civil service employees and had to pass some sort of test. I just wish that the politicians would realize they need to educate voters since the schools don’t. Every time the government hires bridge builders, carpenters, ditch diggers, clerks, bookkeepers, etc. those are people whose salaries we will be paying for their entire lives and the lives of their surviving spouses. Too much government is financially devastating which will create an economic collapse. But that’s what they want. SOCIALISM !!

Actually, the union members are the MOST MISLEAD of all. Look at the numbers after each election of Democrat leaders regionally and nationally. Taxes increase, costs increase, in the case of presidencies costs of ALL materials and fuel increase.
This leads to an instant reduction in business and building starts, which in turn costs Union Jobs, unless they are GOVERNMENT jobs (police, fire, teachers etc.).
Time for the Unions to realize that every time they butter their bread with the Dems it falls to the floor butter side down.

This is what they have done to them selves is this. They be smart but they count on scumbags like this to tell them what to think why because they don’t want to exercise their brains so if some so call professional tells the the sky is pink they believe it… This is what they do then they move on with there little pyridine world view and there minds get weaker and weaker no critical thinking

Please remember that “believe” always has a “lie” in it.

Chris Wallace I’d never trust what is coming out of his mouth! That goes double for Buttigieg! Neither one is honest!

MY THOUGHTS EXACTLY!! I can’t STAND Wallace, OR Butthead!!

Buttenegage, our transportation secretary of the USA.
Oh, well, he was the mediocrely successful mayor of
South Bend.
He will lead us.
He has a wealth of experience to draw on, right???

He rode his bike had pictures taken then gets off his bike and into a car! What a complete cool he is!

little Petey pervert wouldn’t know the truth if it hit him in the face.

Bring on the tar and feathers as well as the rail.

They should be called out every time they lie! The President seems to be the worst offender!

Wrong, appointees that lie should be terminated and lose the right to hold any office.

Djea3, who is going to fire them? Their boss is the worst liar of all and Harris just laughs at all the important questions. They are all simple minded MF’s.

The present Democratic leadership, politicians, big social media and print/MSM media are all lies made up by propaganda to hide how heinous they are in controlling an unsuspecting populace to guide them to the destruction of the America we knew..

That is not news people the NEWS would be if this jerk would ever tell the truth.

It seems all of Biden’s people, all have one thing in common, they do a poor job of lying! Maybe it is because of the so called Main Street DemocRAT so called news agaencues that have the same problem poor liars!

Beck…they’re all bought and paid for by the CCP. That’s who runs the DNC and the MSM. Unfortunately MITCH McConnell is married to a CCP whose father runs the largest shipping company in China, and who introduced to Xi how much China could make harvesting body parts of CCP prisoners.

Yes but the 2 million jobs they will create will be at union scale with huge profits and tons of change orders allowed. This means that we lost 2 million hard working non-union jobs and replaced them with 2 minion dam votes.

Its plain to see the truth is not in the Biden Administration. The truth is a vital commodity in these days, people crave real truth.

Buttigieg is simply a liar just like the rest of the Democrats. Not a one of them is honoring their oaths of Office and should not only be removed from office, but also held for trial for
their actions and the trillions of dollars they are transferring to certain Countries and companies for What reason?

Buttigieg is from the Democrat “school of thought”: if you repeat a lie often enough the people will begin to believe it is a true statement, and then it won’t matter that you lied because the people won’t remember it as a lie. 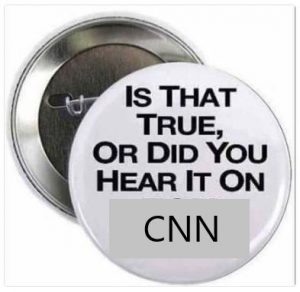 No!!!!!!! Buttigieg didn’t lie did he?????? I don’t believe it. Democrats don’t lie!!!!!!!!! This whole administration is. Democratic LIE. Can’t believe the greatest country in the world can cheat so bad on an election

That was WALLACE questioning a LIB?? WHAT happened? He is a LIB himself!! HE is one of the reasons that BIDEN is in there in the first place

The issue is that there is no penalty for lies in politics. There needs to be one and it MUST be extreme. Specifically, it should require the termination of any appointed persons and or managers of any departments and the loss of retirement benefits as well as the inability to run for any office or to be appointed to any office of any government agency, even dog catcher.

Where does that POS come up with a “majority “ of the population want this passed? I don’t know anyone who wants any part of this

The only thing Boot-Edge-Edge is not a liar about is his preference for males!!!

You know when Wallace is on your ass about lying and you are a demorat, he is pissed.

My Lord, Wallace, you voted for these people. Now how do you feel about it? These are evil people that will like to ruin our country and convert it into a Communist Country. Please do all you can to lure them to say what their plans are.

Wall-Ass is trying to regain some respect from conservatives, but he will never earn mine. This dirty little twerps’ will surely die lying in his grave.

Liars LIE and Buttigieg is a liar. What is “NEWS” here is that Chris Wallace (that sorry sack of excrement) actually calls out Buttigieg.