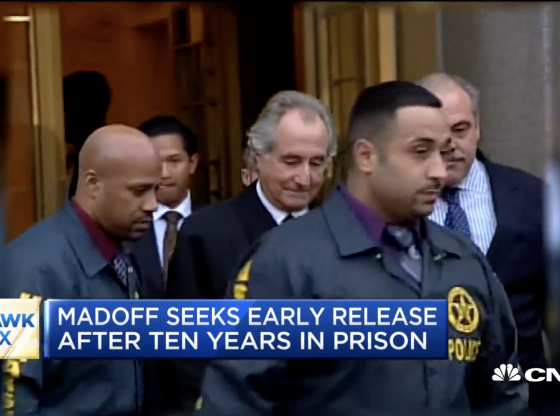 Bernie Madoff, infamous Ponzi scheme mastermind has passed away at 82 in federal prison. According to the Associated Press, the disgraced financier died of natural causes. Madoff is possibly the most infamous Ponzi schemer in the world after ripping off more than 37,000 people across 130 countries accruing to over $65 billion before he was sentenced to 150 years in federal prison in what the judge called “one of the most egregious financial crimes in history.”

Last June, he asked for compassionate release claiming he was dying from kidney disease but was denied.

Instead of charging a commission, Madoff pocketed the 12-1/2 cents spread between the bidding and asking prices, and raked in massive profits by paying brokerages a few cents per trade to provide him with a huge volume of orders.

The Securities Exchange Commission was repeatedly warned about Madoff as early as 1992 — including in a 21-page, 2005 analysis by independent account expert Harry Markopolos titled “The World’s Largest Hedge Fund is a Fraud” — but Madoff successfully duped investigators during five inquiries.

A 2009 inspector general’s report later found that “a thorough and competent investigation or examination was never performed,” leading to the discipline of eight SEC employees.

Madoff was finally busted in 2008 by the FBI for securities fraud. His scheme led one son to commit suicide and his other son blamed Madoff for his cancer returning which he would eventually pass away from.

Pray for the salvation of Ruth Madoff. She is now all alone; I hope she will turn to Yeshua.

Bernie Madoff was denied an early release from prison for his kidney failure. He has now died in the prison hospital at age 82.

So, “A thorough and COMPETENT investigation or examination was never performed,” was the stated conclusion by the Inspector General’s 2009 report about the Bernie Madoff fraudulent enterprise, a Ponzi scheme ; which had been reported in a 2005 analysis by independent account expert Harry Markopolos – but was IGNORED by the Securities And Exchange Commission ! This rather greatly “rings a bell of familiarity” regarding the 2020 Presidential Election. Do we have to wait several more YEARS before getting a THOROUGH AND COMPETENT FORENSIC INVESTIGATION of this election ??? The multitude of harms caused to the victims of Bernie Madoff reached over 37,000 people, spread over 130 countries. Much of that harm can never be undone ! Much of the harms from this Presidential election can also never be undone ! Our REPUBLIC is in severe danger of being DESTROYED, as one of the results. How long must we wait, before THIS ISSUE is allowed to supersede the interests of “the Elitists ?”

God Bless you for that concise article. I 100% agree with you. Too often the Federal Bureaus that we tax payers pay for do NOTHING to protect the public from criminals such as the election of 2020.. Already 66,000 votes found in MI where the registration and the person do not match probably due to the need for the fictional votes in a hurry for the Biden votes to stay ahead of the Trump votes. At the end of all of these only partial forensic exams we will surely know that a Criminal sits today in the Oval office..

I just read about the Madoff “investigation”, and how the head of the territorial branch that was responsible for it says she was unjustly vilified for the failure to uncover the fraud in 5 (yes, that’s FIVE) investigations. Even though she had a highly accurate, 21 page road map from an actual, competent accountant. It reminds me of all the women firefighters who had cramps during the 9/11 tower fires, and called off. Just the men died that day, so there were plenty of promotions for them to pick over, for their “stellar” performance. Or the female cop who shot a resisting detainee with a 9mm instead of a Taser. Anybody see a connection here, to rampant incompetence unchecked by real consequences ?

His last days weren’t very happy were they. We should strive to do good and help others, not scam them.

I lived in Palm Beach County during the time that Madoff the criminal was outed. It was tragic. Suicides, depression, madness, divorces, pawn shops turning folks away as they were filled with the scammed victim’s treasures and had no more space. Only the best friends of Bernie were beneficiaries of this scam. .Only some of the stolen money was ever clawed back but no one was ever made whole and they trusted Bernie with every bit of their saved treasure.

god will bless globalist puppet bernie in heaven with all the altar boy raping priests .

Now he will have the ultimate judgment, and answer to Almighty God.
In a way I feel sorry for his wife. His sons, guilty or not went before their father. Life is short, and we can never pack our most prized possessions with us. May God have mercy on his soul.

Didn’t get to take it with him. How sad