MURDOCK: ‘Systemic Racism’ is no Match for Black Power

MURDOCK: ‘Systemic Racism’ is no Match for Black Power 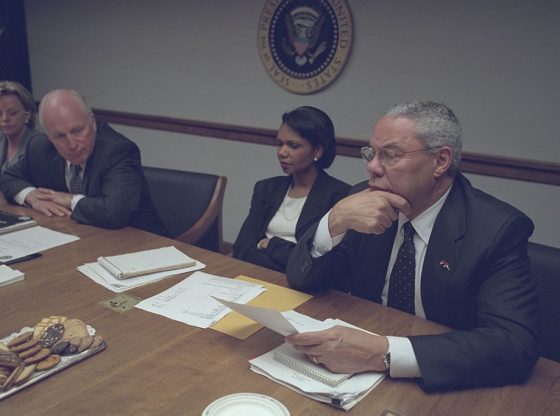 NEW YORK — President Joe Biden and top Democrats lately sound like a scratched album on the record player. They sing the same lyric, over and over again. And it grates more deeply with repetition.

After Tuesday’s all-counts conviction of former Minneapolis police officer Derek Chauvin for murdering George Floyd, Biden decried “the systemic racism that is a stain on our nation’s soul.” Vice President Kamala Harris added that evening: “America has a long history of systemic racism.”

Democrats are trapped in the 1950s and early ’60s. They insinuate that electoral literacy tests, segregated water fountains, and firemen fighting blacks with hoses are just around the corner. Never mind that Democrats perpetrated these evils.

Most amazing: Democrats are totally self-unaware that “systemic racism” is less a sleek Tesla than a stalled Model T. Racists still exist here and always will. But “systemic racism” utterly has failed to keep blacks from scaling the commanding heights of American power.

“Systemic racism” did not stop AmeriKKKa from electing and then re-electing a black president of the United States. Obama unleashed landslides on two white men. He beat Republican John McCain 52.9 percent to 45.65 percent in 2008 and Mitt Romney 51.0 percent to 47.2 percent in 2012. Had “systemic racism” prevailed, Biden would not have been Obama’s vice-president. Instead, he would be stuck in the Senate or trapped in his Delaware bunker, with his dogs.

Just last November, Kamala Harris, a half-black/half-east Indian woman scored 81.2 million ballots and, thus, the Vice Presidency. Some 43.5 million of those who voted for her and Biden were white. Does that sound like “systemic racism?”

Blacks heading Housing and Urban Development? “Systemic racism” might toss blacks such a bone. But handing blacks Justice and State — the fonts of federal law enforcement and diplomacy — for eight years, each?

And now, Lloyd Austin, a black former Army general, controls the Pentagon. How on Earth did “systemic racism” allow this?

The U.S. population is 13.4 percent black, and yet the Executive Branch was 18.2 percent black in September 2017, according to the Office of Personnel Management’s latest data. Thus, the federal bureaucracy is 35.8 percent blacker than America. “Systemic racism” fails again.

According to Critical Race Theory, blacks are incapable of racism because only whites have power. Given the tremendous federal power that so many blacks wield today, this condescending idea is its own “systemic racism.”