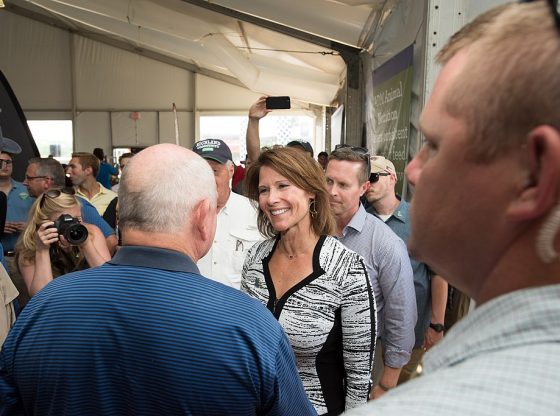 Cheri Bustos may have had enough or she may have seen the writing on the wall. Former President Trump was victorious in her district in both 2016 and 2020 and her chances of victory could be fading away. Either way, the Democrat Representative from Illinois has announced her retirement.

“As I have rounded each new decade of my career, I’ve taken time to reflect on how I can best serve. That’s how, 10 years ago, I decided to run for Congress,” Bustos said in a video announcing her decision. “And it’s why today, I’m announcing I will not seek reelection after completing this term. It will be a new decade, and I feel it’s time for a new voice.”

Her decision to retire comes after a particularly trying reelection campaign in 2020. She ultimately won that race, but only by a narrow 4-point margin — far less than her nearly 25-point win in 2018. Former President Trump carried her district by about 1.5 percentage points in November.

Another thing to consider is redistricting. Illinois is controlled by Democrats and her district could have been strengthened with redistricting. Bustos has said that her decision to retire was not a political one but one where she just wanted some change.

It’s Illinois, so it could go either way.
Get out and vote next November, c’mon Illinois.
You can do this.

The fewer Democrats this country has? The better!!!!!

Bye-bye Bustos, don’t let the door hit you in the keister on your way out! Hopefully you will be one of many along with every RINO in Congress!

Smart. Leave before she gets defeated.

Tons of democrats jumping ship in Detroit. Almost half the City Council. Makes us wonder if they are making room for even more radical leftists. Our rotten Raquel Lopez is

My comment cut off. Our disgusting Raquel Lopez is “stepping down” from City Council, but she is promoting a replacement by name of Gabriela Romero. If Lopez promotes her, she is to be avoided like the plague in my opinion. Maybe the fact half of them are quitting, is the reason no one answers the CIty Council phone, returns a call or answers a letter.

Sounds like you’re from Illinois?
What’s your feeling that she’ll be replaced by a Republican? Have people there had enough yet?

I’m from Ill. and I think we have had enough a long time ago. Look at the presidential election voting, county by county, and the whole state is red, except for Chicago, Springfield and a few northwest counties. It has been well known for 50 years about the voter fraud that goes on here, and I think we are the model the Dim’s used for the 2018 train wreck.

Hope she’s replaced by a REPUBLICAN.

Hopefully a REPUBLICAN will fill her slot

I guess she is a Busted Flush.

things are never as they seem on the surface with the dems….don’t get your hopes up

Democraps know nothing about transparency. it is not in their vocabulary.
Everything they do is a cover-up, w/NO ACCOUNTABLILITY or Consequences.

Illinois and Chicago are hopeless. There’s no ending the corruption.