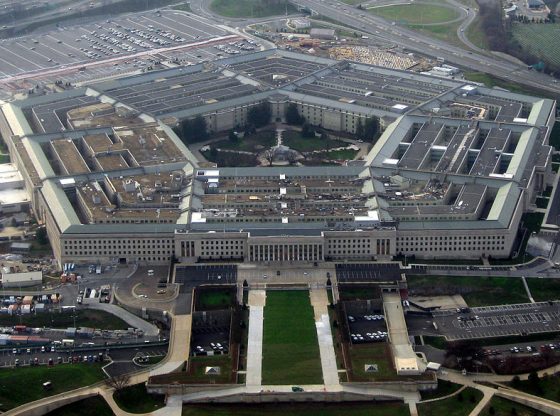 The top adviser to Mattis, in question, is Sally Donnelly

Lee and Buck, citing an April 2020 inspector general report, say Donnelly received more than $1 million in undisclosed payments from an Amazon consultant during her time at the Defense Department. While the payments were officially for the 2017 sale of her consulting company, Donnelly reported only $390,000 from that sale. Lee and Buck allege the payment came in exchange for her willingness to promote Amazon in her official capacity at the Defense Department. Donnelly had done consulting work for Amazon’s cloud computing services, Amazon Web Services (AWS). She is now a member of the isolationist Quincy Institute’s board of directors.

Amazon’s alleged misbehavior came to light in a 2018 dossier released by a private investigative firm, Rosetti Star, which publicized the accusations. The Defense Department’s inspector general found no evidence of wrongdoing by either Donnelly or Mattis, but Lee and Buck suggested that finding was inadequate.

The accusations have received attention as a growing segment of the GOP looks for new tools, including Justice Department investigations, to rein in big tech companies. Lee and Buck said Amazon’s behavior was “anticompetitive,” suggesting “Amazon may have attempted to monopolize one or more markets” with the contract.

The contract in question, the Joint Enterprise Defense Infrastructure program, or JEDI, was designed to pull all military data onto one platform. It is reportedly worth up to $10 billion and was ultimately awarded to Microsoft.