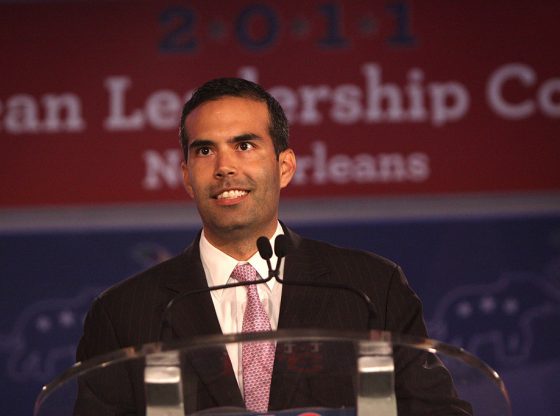 After weeks of hinting, former President George Bush’s nephew George P. Bush has announced he is running to become the Attorney General of Texas. Bush, the current Texas Land Commissioner made the announcement at a campaign event in Austin

Bush drew attention to Paxton’s ongoing legal troubles at the event, according to the Texas Tribune. Paxton was indicted on charges of securities fraud in 2015, and the case is still working through the legal system as of now. In October of last year, several top aides accused Paxton of abusing his office to help allies and accepting bribes.

“Enough is enough, Ken,” Bush reportedly said at Wednesday’s event. “You’ve brought way too much scandal and too little integrity to this office.”

Bush has been the only member of his family to publicly support former President Donald Trump, who is also reportedly friendly with Paxton. Bush tweeted in May that he had met with Trump in Florida, and said he would support Trump if he ran for the White House again in 2024.

George W. Bush did not support Trump in either of his presidential runs. Jeb Bush publicly feuded with Trump on multiple occasions after their 2016 primary fight, and former President George H.W. Bush, George P. Bush’s grandfather, reportedly called Trump a “blowhard,” while Trump took several public shots at him prior to his death in 2018.

So far, Ken Paxton has avoided announcing if he plans to run for a third term as Texas Attorney General. Former President Trump has yet to weigh in on the race but if Bush manages to get his endorsement it will undoubtedly attract considerable support in the Lone Star state where Trump still has a firm hold over the GOP

He’s a BUSH!!!!! Although PEE has kept a low profile concerning the faly’s NWO agenda – plus support for open borders – he is still a member of that family. Therefore, unless he publicly condemns NWO i can only believe he “secretly” advocates what the Bush family wants.

I will fully support AG Paxton to continue his great service!

I will watch but judge him on his own. I do NOT want to be judges on the opinion of some or my family members.

agree but many will. Here’s the funny part-if Trump endorses him, the pukes here will be talking about what a great guy this Bush is. Always happens

Are you the same as Zachary Taylor or more liberal like Andy Taylor?

well at least George P. Bush is a Trump supporter so shut the f up

just another Bush throwing their hat into the ring, spouting what he thinks people/voters want to hear and once elected will fulfill his agenda and do what he wants….

P nearly devastated our Alamo so I’m with Paxton! Don’t mess with our Alamo!

You said it ! NWO is the Bush family 😡 After all Daddy NWO Bush ushered it in..we never voted for him. I voted for the spawn of SR. Holding my nose 😜 That sob never stood up for the people that voted for him..and war war war is their rally cry! Paxton all the way…counting on the Lone Star to get it right ! God bless Texas 👍

BCH: Please tell me who the “spawn of SR” is. Never heard that phrase.

JR. son of a snake is still a snake ..the entire family can not be trusted to follow the law.

putting another Bush into polticts s a Big Red Flag for Texas, and the U.S. WAKE UP !!!!Texas

Lee A Thompson
Reply to  Bill

What do you think about the Kennedys

Same as the Bushes!

You didn’t know JFK. He was a war hero an he wanted what was best for Americans. By the way Sunday, June 6 is D-Day 77th anniversary. Remember the men who died to keep the world free.

I, for one, like our current AG Ken Paxton.
charges filed do not convict anyone and in
todays political spectrum it really makes me
wonder about the validity of the charges. Bush
has not preformed as he claimed and I fail to see
how he would benefit out party regardless of
his name claim. I must admit I am not impressed
with the Bush name as none of them have really
shown leadership while in office. At best it was
lackluster and allowed the both were to eager to
let the Democrat Socialist have way to much power
while in office on many different subjects that
were not in our favor. At best they were Quasi
Liberals in many issues.

You Texans better wake up and smell the coffee. Good ole boy Matthew McConghney (SP?) is a Trojan horse. He wants to turn Texas blue. A year or so ago he started making nice remarks about conservatives. Talking down how libs treat us. One thing I couldn’t figure out is why the Hollywood elites and SJWs aren’t up in arms. You must know that ANY one of those Hollywood jackasses that says one nice thing about a conservative is blacklisted. But good ole Matt puts on his cowboy hat and just strums that guitar Texas style and woos you folks. He wants to be governor.

Would not vote for a Bush for dog catcher!! 1st Bush 1st President to ok Globalization!! Bush 2 put us in a 20 year war !!! Both Bushes work for US Chamber of Commerce , Big Tech and Globalist .
Trump in less then 3 years had true peace started in Middle East.
Bushes , FBI director Wray, CIA director and all her agents are Traders!!! These are the people who let democrats attack Trump for 4 years and then let 2020 election be stolen by democrats. John Roberts Supreme Court Chief Justice is part of this group.

Too many communist sympathizers put into government spots by previous sneaky Presidents, or should I say “Residents”. They have controlled too much of D.C. as we could see by what happened last year!!

Nope, no more bushes, now that we know we cannot trust them anymore, They are terrorist sympathizers now, forget it.

He just may be the right person for the job being a friendly aquaintence of Trump tho hopefully not a planted “blood is thicker then water” chameleon…!!!

NOMO ROBO for Scam Calls, NOMO BUSH for America! We do not need any more Bushes running our Government! They have done enough damage to Conservatives.

The best thing was their Scottish terriers dogs in the White House!

HE’S A BUSH…….I’d like to judge on his own merit…..but the snake said ” you knew I was a snake when you asked for my help”

No, No and NOOOO! Enough with the Bush’s already. The country is done with them and Texas even more so.

THAT’S all we need – ANOTHER low life bush in the government!! PIGS – all of them!

I see we’ve a lot of supposed conservatives here who are running down a man because of his family. How immature and how unAmerican. It’s no wonder why the conservative movement and America is failing.

I wouldn’t vote for a Bush family member…even for dog catcher in El Segundo.

Not so sure that he’s the right guy for the job.”IF” he was, he’d be screaming about the border.I “think”that he’s a RINO.