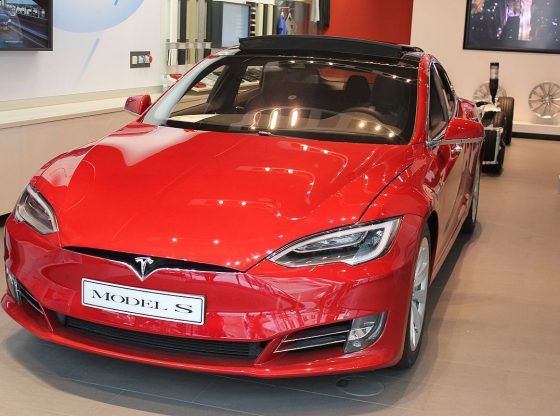 NEW YORK — “We need plug-in hybrids!” a young Leftie once chirped at me after I addressed students on his college campus.

“OK,” I asked. “When you go home and plug your car into the electric socket in the garage, where do you think that electricity comes from?”

He stood there in silence for a couple of seconds and then slowly dropped his head in grief. Like a crystal punchbowl that crashed onto a marble floor, his pristine eco-dreams suddenly were shattered. It was clear that this idealist never had asked himself how electricity gets into the wall socket.

Until something huge changes, Teslas, Chevy Bolts, Nissan Leafs, and other sexy electric cars will be powered chiefly by natural gas, uranium, coal, or dams. Renewables generated just 13 percent of US electricity in 2020, according to the latest Department of Energy data. Fuels the Democrat-Left hates: 87 percent. (Natural gas, 41 percent; Nuclear, 20; Coal, 19; Hydroelectric, 7).

Those who oppose the energy status quo have given little apparent thought to this, as they try to re-build American society on a foundation of daydreams. In a sense, this is too bad. Life would be so easy if everyone lived in the Democrat-Left’s Green’s Fantasyland. In that carefree place, tough questions about electric cars go unasked.

How would life look for e-car drivers trying to escape hurricanes?

Imagine that Hurricane Dave is churning through the Caribbean. The furious Category-Three storm is barreling toward Miami and forecast to roar northward and wreak havoc on America’s state of paradise. Some models show Dave trashing Florida’s Atlantic beach cities. Others envision 120-MPH winds ravishing the Gulf Coast.

The safest bet is to flee Miami, speed as far away as possible, and perhaps make a sharp left into the Panhandle and toward Alabama.

The 347-mile drive from Miami to Jacksonville exceeds today’s median range for e-cars, whose batteries die after 259 miles.

Imagine tens or even hundreds of thousands of Miami-area e-drivers pulling over on the side of Interstate 95 near Daytona Beach to replenish their batteries. Most would find charging stations shambolically oversubscribed. Those lucky enough to plug in would have to sit still while powering their batteries, devouring two or more hours for many models.

Meanwhile, Dave spins his deadly pirouette with mounting menace, growing closer by the minute — and angrier, too. While these e-cars sip voltage, Dave has grown into a 140-MPH Category Four tempest.

Of course, all of this begs another question: Where will e-car manufacturers acquire the scarce resources needed to build these vehicles and their batteries in the first place?

The inconvenient truth is that reserves of rare-earth elements — such as neodymium and dysprosium — are limited in the U.S. (which would require mining, which the Democrat-Left hates) but abundant in China (which hates America).

And even if the finite supplies of these materials keep pace with soaring demand, this country would need to erect a slew of power plants to propel all of these electric vehicles — plus homes, offices, factories, and everything beyond e-cars.

Will the Democrat-Left and their Green comrades step aside and let entrepreneurs build solar farms, wind farms, and geothermal facilities or will they practice their usual policy of BANANA: Build Absolutely Nothing, Anytime Nor Anywhere?

Green groups have filed litigation to stop green projects. Enviro-wackos battled a solar-power plant east of San Diego. They complained about “industrial-scale energy development” and power lines atop 150-foot-tall poles that would deliver sun-driven electricity to local consumers. Perhaps the crazy Greens thought that the megawatts would arrive via WiFi. Or maybe they planned to say, “Alexa, please transmit a dozen MW to La Jolla.”

Rather than attack the Democrat-Left Greenies for coming to the wrong conclusions on these matters, they can be forgiven for not even pondering them. The Green New Dealers rely on magic thinking: Wave the witch’s wand, and beautiful things just happen.

Good luck with that.

you forgot to mention that ALL electric cars have over 600 lbs of materials made from crude oil.

Good article. Needs wider distribution. CA is suffering a problem with electricity during this high temperature heat wave since they shut down the San Onofre nuclear facility. It is a portent of things to come.

I guess maybe they can live in their cars now! Slow joe Is so smart that he doesn’t even know he is doing.
All they are doing is killing America and it’s ppl at every turn. It’s what the left wants. All obummers ppl want us gone and them here to take our place. It’s as easy as that and most of you ppl have been used by him. He don’t give a rats ass about anyone one . He is Satan mark my words… you watch and see if we all live that long.

Good! The idiots (liberals) in California deserve what they have brought on themselves.

Newsome is no different than Gray Out Davis.

Best thing that can happen to California is to unseat Newsom. Then start pushing for a Republican legislature!

Sadly…….this example shows why government needs to get out of our way!

Why do we never ask the question of efficiency of producing electrical power of the major electric power generating ways of production. Nuclear, gas powered, coal, water, wind solar. If you really knew, solar and wind would be last, nuclear would be first, followed by gas and then coal and water. Why is it nobody ever brings up what power source you can depend on.

They don’t care it’s just an excuse to deport us don’t you get it??? Anything to hurt us bankrupt us etc

I don’t think you understand. this is not about efficient energy production (or really even environmental protection). It is all about POWER derived from controlling the actions of millions of people. This is about the statists and socialists hoodwinking the less educated population (majority) with a simple minded climate hypothesis that frightens.

What do you expect from humans that are too stupid and believe that we are all going to die of greenhouse gases in the next million or so years. The human race does not control our overall environment. That control rests with the One who made this planet in the first place, and I know He is disgusted with what His creation chooses to do. Never fear though, very soon He is going to change things in ways we can’t imagine. It’s going to get a lot worse before it gets better folks.

Great article but Deroy’s dictation system needs to be taught to distinguish between ravishing and ravaging.

You forgot to mention that if they needed to use their wipers and defrosters to deal with the humidity from the storm, it would cut of one fourth to one third of the mileage

Only when the electric cars are built to run on “hot air” will the left have a winning concept, as they contain enormous amounts of it. In northern climates electric cars will be a disaster, like what happened in Texas during this winter’s cold snap, proving the folly of relying on alternate energy sources in prolonged or unexpected cold snaps.

The windmills froze up. Wind and Solar are only supplemental.

I don’t think the author thought it all the way through: Democrats don’t EXPECT us to drive after they crush fossil fuels and fund Ecars. Private vehicles will be for the elite. The rest of us can travel in cattle cars. Don’t like it? Too bad

Where do they think they’re going to get e-juice for their battery buggies when the power lines are down, hmmm?
The more advanced the battery, the more expensive the car. Eventually only the rich will be able to afford them. I can’t afford one now. And the cost per mile is much higher than today’s efficient gasoline engine. For the same reason a gas furnace is less cost per BTU than an electric. Every time you transition from one energy source to another you loose efficiency. The laws of thermodynamics. Then again , the law doesn’t mean shit to the looney left.
A thinking person would come to the conclusion (oops I forgot) that this is an attempt to disrupt the economy by rendering commerce impossible without government intervention, as if we don’t already have enough of that now.
One of the primary rules of Marxist Law is control of transportation. When the government can dictate your movements, you loose your freedom to go where you want. Even as we speak our every move is already monitored, and every word.
If you haven’t already, get a copy of Carl Marx,s communist manifesto, and George Orwell’s 1984. George Sarous and his willing minions in the fake news and the socialist Democratic Party are following it to the letter.
King George 111 also said “ you cannot protect the rich and powerful without disarming the peasant “
The electric vehicle sounds like a farytale come true, in actuality it’s part of a much larger plan to goad the people into loosing more and more control of their everyday lives

No one ever talks about what we are going to do with all the old batteries when the cars die. Won’t that create a pollution problem? Also, with the proliferation of electric vehicles, who is going to pay for road maintenance since they won’t be paying the gas taxes?

Yes and how many batteries will we need in our car? How long do they last, and where do we dump them? Sounds like electricity will be around for awhile to power our homes and cars. Can our power grid handle it? I see a brown new deal coming.

Of Course BOZO put the cart before the horse! AGAIN! NO CHARGING STATIONS!! THIS IS SO RIDICULOUS!

Obozo said to make sure our tires are properly inflated too. The left and the rinos lie and deceives and thinks that people are stupid. They are so arrogant.

The poor little snowflakes with their delusion of magic answers get so crushed when you point out the facts they don’t know, or think about. You can’t even get them to use logic in math. Everyone of these idiots needs to be required to take economics 101

There you go with those damn facts again. How many times do I have to tell you liberals don’t like FACTS.

I like electric cars!! I have 4 that the grandkids and I play with in the yard. They are remotely controlled. We race and crash and have a ball!

The whole green thing is a tub of poop. Electric vehicles will just increase the demand for fossil fuels and the green freaks haven’t even considered that. Makes you realize that liberal Dems have no brains at all..like AOC.

Notice, Everything the left touches turns to crap.

Nobody wants an electric car, they are a hassle, and they set on the lots at car dealerships. No matter how the left opines for the green new deal, which is their new religion……. gas, oil, and coal are the preferred energies. The Left wants to reduce our country to a third world nation. Everything they do is radical.