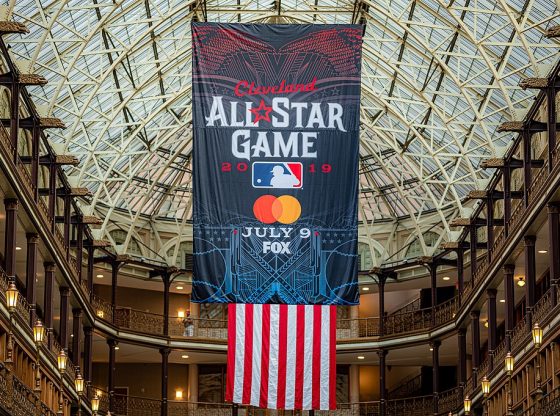 The Republican National Committee is set to air a new ad during Major League Baseball’s slamming Democrats for “stealing” the All-Star game from Atlanta, GA after a new voting bill was passed. Democrats falsely claimed that the new law made it harder for minorities to vote and that it equated to “Jim Crow 2.0.”

Despite the false claims, the MLB pulled the game from being held in Atlanta, where a majority of businesses are minority-owned and now it will be played in Denver, CO which is predominantly white.

“Democrats stole our All-Star Game to push their divisive political agenda. Politicians and corporations lied, while Black communities got hurt the most,” Georgia’s Rev. Melvin Everson says in the ad in a voiceover, which was released Monday. “Even though a majority of Black voters support laws like voter ID. To Democrats it’s just a game. But we’re the ones who got played.”

The Washington Post awarded Biden a maximum four Pinocchios for his claims about Georgia’s law, particularly his statement that the law “ends voting hours early so working people can’t cast their vote after their shift is over,” when in reality the law keeps Election Day voting hours at 7 a.m. to 7 p.m. Any changes to early voting hours would expand hours, not reduce them, the Post said.

MLB made the decision to move the All-Star Game after Biden told ESPN he supported the idea, and called the law “Jim Crow on steroids.”

“The lies told by Democrat politicians and corporations about election integrity have real-life consequences, hurting Georgia families,” Republican National Committee chairwoman Ronna McDaniel said in a statement. “Democrats don’t care about the costs of their lies because their sole agenda is more power. The American people will hold Democrats accountable for their lies about election integrity because they know the security of our elections is too important.”

The RNC is reportedly investing seven figures into the ad buy designed to get under the Democrat’s skin and remind Americans of the left’s blatant hypocrisy.

Hope it works.
How about no one tunes in. Think MLB will get the message? NAH.

The unfolding Biden negative attributes, that can’t be overlooked by the left press any more. Biden’s inability to govern, inflation on the rise, gas, food, medicine, lumber, on an on. Inability to make any right military decisions, spending money we really don’t have that has accomplishes nothing, can’t defend our borders only
﻿ interested in personal gain, don’t care about unborn Americans, total joke at the international meetings, and now more then ever his the lack of ability to think on his feet. Refusal to take any mental test to establish that he is fit to serve. Wants to tax anything he can….