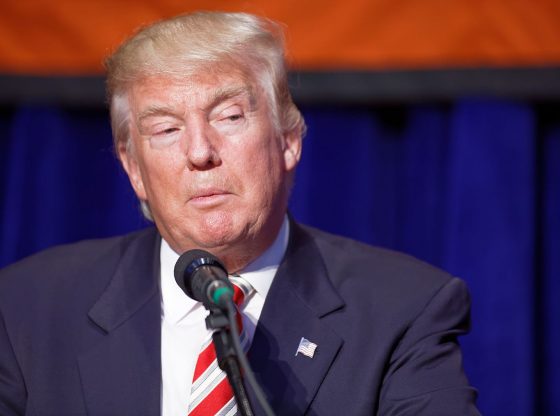 Georgia’s House Speaker, David Ralston is calling for an independent investigation into the 2020 election in Fulton County. Speaker Ralston wrote a letter to Fulton County Elections Director Richard Barron in which he demanded the Georgia Bureau of Investigation take a closer look to determine if any fraud occurred.

Trump shared Jones’s letter and attached message via his Save America PAC.

“The Governor of Georgia, Brian Kemp, together with Brad Raffensperger, allowed this Election in Georgia to be Rigged and Stolen,’ Trump wrote. “Why they ever agreed to Stacey Abram’s Consent Decree nobody will ever know. Thank you to Senator Burt Jones and all of the other Patriots for continuing the fight. Brian Kemp and Brad Raffensperger have done an absolutely terrible job of watching over Voter Integrity in Georgia. They must be held accountable!”

“Every time we think we’ve reached the peak of Fulton’s elections mismanagement issues, more comes to light,” the secretary of state told the Daily Caller News Foundation. “I’ve been calling for change in Fulton since day one. Maintaining public confidence in our elections begins in Fulton County.”

A report written by an independent election observer monitoring the November election in Fulton, which includes much of Atlanta, found that the county’s election was sloppily handled but did not uncover any fraud. Raffensperger opened an investigation last month into the handling of paperwork in Fulton County related to the use of drop boxes for the 2020 election.

These are Saddam Hussein numbers pic.twitter.com/7t0iI4xtOL

Georgia is not a blue state. It is another stolen red state.

This is the reason that illegals are being sent to red states, to turn them blue with illegal voting.

In the end all will be revealed said the lord, no one can hide.

It the bribery of the elected officials that underscores voter integrity. Get rid of the rinos in Georgia.

Get rid of that tub of lard Stacey Abrams.

Georgia was stolen by the democraps, thats why they’re so scared of a fair election. cause they know they’d win another.

Our system is broken. The people who are responsible for running a fare and clean election, are the same ones that are supposed to investigate any wrong doing after the fact. The Secretary of State has control over all the election data and materials that would be needed to conduct an investigation. That leaves the Secretary of State in the precarious position of admitting they screwed up, assuming they weren’t involved in the wrong doing in the fist place. This will inevitably lead to cover ups, either to hide there own incompetence or to keep themselves from getting prosecuted. Messed up system! We need a way to have bipartisan over site of elections.

Mark
Zuckerberg gave $350 million that was given to ELECTION OFFICIALS NOT CANDIDATES. Is that legal? Sounds like buying votes to me.

Welcome to their “new American Communist Dictatorship with all of us, including their own Democrat voters, their personal SLAVES’!!! That is their “END GAME PLANS” for all all of us!!! Our freedoms or their SLAVERY, which is it going to be?????????????????????///

Welcome to our new American Communist Dicatoraship with every one of us including thier own Democrat voters, their personal SLAVES!!!!!! that is thier “END GAME PLANS”!!!! The truth will set us all free as the American people and voters!!!

After watching Tucker’s report on the election, you would need to be blind, deaf, and brain dead (or just a Demorat) not to believe there was election fraud. Bring all this out just before the 2024 election, and Trump will swing this around like Thor’s Hammer yelling… TOLD YA SO!

If the GBI does an in-depth audit we should see the fraud. Everyone that was involved with the fraud should be charged with a coup. The trial should be tried in a different federal court than in Atlanta. The GBI needs to follow the money. The person passing out the money needs to be. charged as an accessory and bribery.

And….Media, Democrats are trying to convince WE THE PEOPLE that election was fair…BS