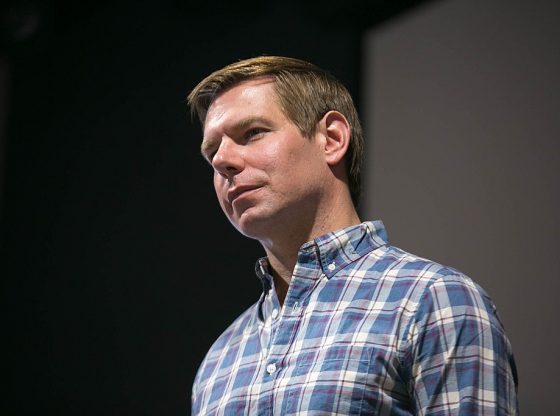 Despite not being an election year, the Swalwell For Congress campaign reported $513,842.96 in expenses to the Federal Election Commission for the second quarter of 2021.

Swalwell spent over $26,000 on high-end hotels, with six different transactions in April totaling $21,200.75 dropped at the Ritz-Carlton in Half Moon Bay, California, where his wife Brittney was the director of sales for four years.

The House Intelligence committee member ate his way through more than $7,000 of fine dining at Charlie Palmer’s steakhouse in Washington D.C., STK Steakhouse in New York City, and The Battery in San Francisco, and paid over $16,000 for catering during the three month period.

Swalwell also has a penchant for spending campaign dollars on booze. He rang up more than a grand on seven separate transactions at Capitol Hill Wine & Spirits and over $550 on the alcohol delivery service Drizly. He also spent nearly $3,300 on “catering” from a California Vineyard in June.

The Homeland Security Committee member likes to drive around in style, he spent more than $10k on limousines and luxury car services.

Swalwell enraged critics earlier in the month when he was spotted riding a camel shirtless with fellow democrat Rep. Ruben Gallego, while on a trip with his wife and three other House members in Qatar. The trip’s enormous $84,621.59 cost was entirely covered by the US-Qatar Business Council.

“It brings up the question of what are we electing these people to do?” Project on Government Oversight government-affairs manager Dylan Hedtler-Gaudette remarked. “It is probably not in the mind of the average person who casts a ballot that their representative will spend their time in Miami or LA or New York, schmoozing with national activist and donor types.”