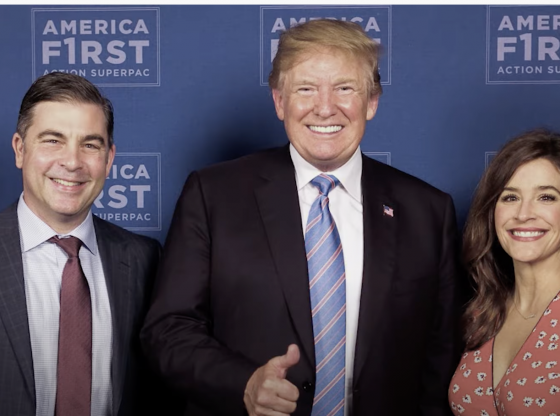 The victory isn’t only a win for the party but also for the former president. Last week, his candidate Susan Wright lost a special election in Texas to another Republican Jake Ellzey, despite having the endorsement of the former president. The upset sparked some to question of Trump’s popularity and influence within the Republican Party had begun to wane, however, Carey’s victory solidifies that Trump still holds a tight grip on the party.

The Associated Press called the race shortly after 9 p.m. ET. Carey led the pack with more than 37 percent of the vote, or just shy of 9,300 ballots cast in his name.

Carey was a virtual unknown before winning Trump’s support and campaigned largely on the former president’s backing. He bested a crowd of roughly a dozen other primary contenders to run for the seat that was vacated by former Rep. Steve Stivers (R), who retired to run the Ohio Chamber of Commerce.

After Carey’s win, former President Trump issued a statement congratulating him through his Save America PAC.

“Great Republican win for Mike Carey. Big numbers! Thank you to Ohio and all of our wonderful American patriots. Congratulations to Mike and his family. He will never let you down!” Trump said in a statement.

Carey thanked Trump for his support during his victory speech, emphasizing that it was the former president’s endorsement that propelled him to victory.

“Tonight, Republicans across Ohio’s 15th Congressional District sent a clear message to the nation that President Donald J. Trump is, without a doubt, the leader of our party. I could not be more grateful for his support, and I am proud to deliver this win to advance his America First agenda,” Carey said.

I love it, anything positive about trump or his endorsements, oh yeah, life is good.

Can you imagine what it would be like if Democrats could not cheat during our elections America would be so much better with Trump in our White House and people working in congress that liked America just like it was meant to be. all of our freedom was still allowed

I hope and I pray to the good lord we live to see these people arrested for treason against humanity. Start with fauci, don’t stop until they all tattle on each other.

Evil is not blessed, and never will be, none who do evil will escape. At the End of the Age, God has warned that He will shake the earth and the heavens, that everything will be changed as a great shaking occurs. Every offensive thing that has not been established by God will be shaken loose and removed from its place. Every nation will be shaken….not one will escape the momentous shifting. Hebrews 12:26.

Good for him, more proof of how fed up the country is with the radical left’s agenda.

Jim Jordan said he’s a good win for the party.
We desperately need the house next year.
Only way to stop this INSANITY. Hopefully, it won’t be to late.

If we can keep the evil Democrats from stealing the election, there’s no doubt in my mind that we can take back the House, and begin restoring the freedoms that have been illegally and unconstitutionally taken away from us! May God help us do that.