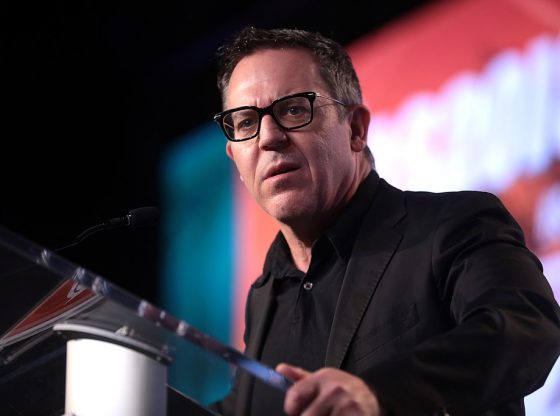 Fox News host Greg Gutfeld set out to topple the late-night “giants” of NBC, ABC, and CBS. On Tuesday evening he accomplished his goal beating out, Jimmy Fallon, Jimmy Kimmel, and Stephen Colbert.

Gutfeld had routinely beat Kimmel, and Fallon, but had trouble taking down Colbert.

According to The Wrap:

Fox News’ 11 p.m. ET “Gutfeld!” finally beat every other late-night show — including Stephen Colbert’s “Late Show” on CBS — Tuesday in total viewership and the advertiser-coveted age demographic of 25 to 54. When the right-leaning program debuted in April, host Greg Gutfeld and his promotional team made no secret of their ambition to overtake late-night rivals, but Colbert blocked him from the top spot.

“Gutfeld” is not just competing with the broadcast late-night shows, but also with shows on CNN and MSNBC.

Gutfeld now has to stay on top. We will keep you updates on this continued battle.

You took their ratings, NOW
TAKE THEIR TOILET PAPER!

Dont do that their presidents picture is on it. Its for scheitz but its the way they wipe their do-nothing day.

No, they need it because they are full of #X#X#

Take um down Greg! Their an old habit not the norm for today

You just cannot beat the draw of speaking the TRUTH

Even if greg gutfeld has less viewers, he is still on top of globalist puppets; fallon and kimmel and colbert . . . . .

Fallon, Kimmel and Colbert are just not funny. Gutfeld has great facial “tongue-in-chief” comments to go along with facts. Thank you for pointing this out that he is on. I did not know it. I will have to watch.

Tyrus has real good input along with Kat, Usually there are 2-3 other guests on the show that vary each night. Great show.

Kimmel is a hypocritical pig

Didn’t know he. was on ??????? What other well know realities are you oblivious to ?

I haven’t watched late night “comedy” shows in years after they turned nasty, but I wonder what kind of knee-slapping jokes they are telling about Biden’s disastrous presidency these days…

Never trust Faux News … especially after the damning election desk early call for Biden in Arizona.
Sad part was, even knowing that millions of votes in Maricopa county had not been tabulated or accounted for, Fox doubled down and declared AZ for Sleepy Joe.

Good for Greg. Wish him well and continued success. Unfortunately can’t watch him, no cable. Never watched Colbert or Fallon. I’m sure it’s garbage. The commercials say it all. Back in the day when Kimmel came on the scene, he was actually fairly funny. Then he decided to shoot himself in the foot with the hate political commentary. Haven’t watched in years and don’t plan to anytime in the future.

You’re much better off without cable TV service. If you can afford it, subscription services are often a better path to choose. Or if you have good, reliable Wi Fi internet service, live streaming is a good bet.

Most People are not as dumb as our illegal Global communist dictatorship believes they might be. Everyone knows liberal celebs joined the lunatics pushing lies and allied with one party State tool propaganda media. They successfully brain washed half a nation into ignorance. Who lied to us since Obama, was their dictator ? CNN, NBC, CBS, ABC, CBSN, MSNBC, and PBS all propaganda tools for Global Marxist all devoted to copied Stalinist brain washing and half truths news. We wonder how half a nation could be as ignorant as they are, look no further than then outlets of cess pool news. Our illegal communist masters will totally destroy the republic for the planned socialist Global country.

I second that emotion!

He rubbed me the wrong way when I first heard him! THEN, the light shone, and I GOT him! 🌷💖

I would never watch any of them. Watched one time Colbert and came away thinking this is one enormous jerk. Not funny, seems to live off Trump comments. Johnnie Carson and Jay Leno we’re worth staying up to see. Current crop are nothing more then political hacks.

Should add I think well of Greg and try to watch him as often as I can. His panel is informative, honest and many times funny. One guest I like a lot is Dagen McDoul ( most likely spelled her name wrong) she is right on with her comments and backs it up as well.

Gutfeld has a rather unique format that is drawing viewers. The discussions are lively and the guests are have some smarts. Fun show beats the other boring hosts and formats.

Go Greg, love ya buddy, tell it like it is.

Greg Gutfeld is really smart and quick-witted. I enjoy watching him.

Way to go Greg! You are so superior to the other hosts; YOU RULE!! Delighted to see your success.

Greg has been a very entertaining host…he and his Gutfeld Crew and guests add satire and humor to a crumbling political world…..and its of the politicians own making….They visibly did what was wrong without a thought to the consequences. Not surprised that Americans have tuned out the Woke left who leave us bored and searching for truth, Tyrus has some great analogies as well as Kat, Dagan McDowell. Jesse Waters has been good too.

Greg’s show is very entertaining. We watch him every night.

The problem is he is one conservative outlet against many liberal outlets. He may win when compared to the single, but still is way behind in total viewership of liberal hacks.

His show is only 3 mos old. Give Greg some time. How long has his competitors been on the air to be already losing to GG?

Gret for Guttfeld. I loathe those commies of the other channels. not even funny.!

Dont do that Bidens picture is on the sheitz.

I used to have my TV on FOX News most of the day everyday. Every since they went the way of the libtard, I have not watched them at all. They are no better than CNN now. The truth is, you will not hear the truth from any of the main stream media.The big money of the NWO owns them all. Stick to the lying script of lose your job.

I replied, but waiting for approval. I guess re tard id is not acceptable language.

Time for Biden to resign or get impeached Biden leaves 80 billion dollars worth of equipment to our enemy’s to use against us, this is treason. failure to perform your sworn duty and now this jerk off wants to give 400 million to the Taliban and charge Americans $2000.00 dollars each to flee the war zone he created? Impeach for war crimes, Time to hold the Biden responsible for war crimes against our Nation, Time to hold his radical cabinet members responsible for their crimes against the American people, Time for full accountability on acceptance of money from foreign sources, adversarial to our Governmental it’s ideals. principals. Biden crime family has been allowed to continue for too long. Time has come to hold the Biden’s for criminal acts against the American people. The Country can not continue on this path without the full input of Congress to hold the executive branch to the laws they created and that are in place to stop incompetent self elected dictatorships from taking our country and overreaching criminal political obfuscation by a mindless leader.

Amazingly since colbert has to be the dumbest of the three!

Greg is funny, very apt and he gets the picture in a very descriptive way. I enjoy his take on the lefts ridiculous behaviour always Jesse too