Biden Gets Deadline to Leave… From the Taliban

Home /Foreign Affairs, Military, NEWS/Biden Gets Deadline to Leave… From the Taliban

Biden Gets Deadline to Leave… From the Taliban 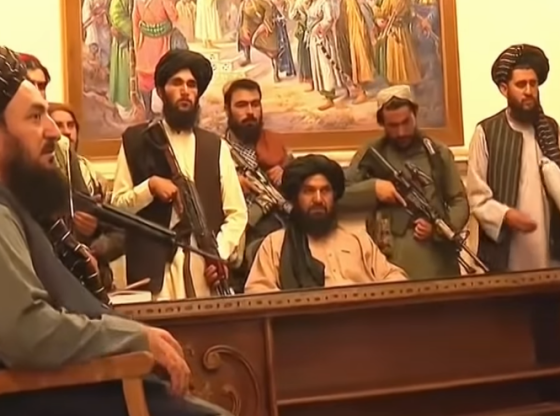 Joe Biden has apparently received his marching orders… from the Taliban.

The Taliban now control Kabul and the United States is in active negotiations to ensure safe evac from the country.

The Taliban is now giving President Joe Biden orders, telling him to have all U.S. troops out of Afghanistan by Aug. 31, the original deadline set months ago. The group warned Biden that if he misses the deadline, that will “provoke a reaction” and draw “consequences.”

Biden has said he wants to remove all Americans by the end of the month, but he said Sunday that U.S. officials were discussing extending the deadline. The evacuation process, the president warned, will be “hard and painful.”

“There are discussions going on among us and the military about extending,” Biden said during a White House press conference. “Our hope is we will not have to extend. But there are going to be discussions, I suspect, on how far along we are in the process.”

“Let me be clear,” Biden said Sunday, “the evacuation of thousands of people from Kabul is going to be hard and painful, no matter when it started or when we began. Would have been true if we had started a month ago or a month from now. There is no way to evacuate this many people without pain and loss and the heartbreaking images you see on television. It’s just a fact. My heart aches for those people you see. We are proving that we can move, though, thousands of people a day out of Kabul.”

Suhail Shaheen, a Taliban spokesman, says that the red line is the August 31st deadline announced by President Biden.