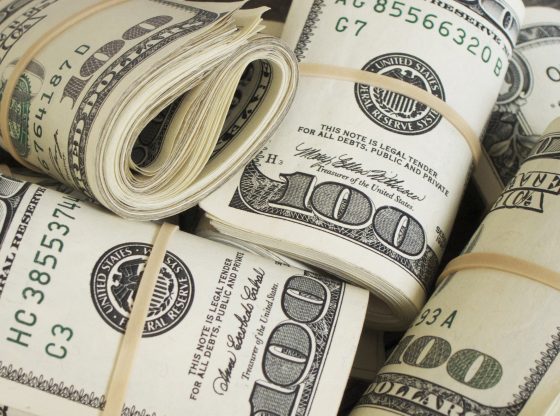 The Tennessee Democratic Party will pay a six-figure fine after admitting to misreporting millions in campaign funds during the 2016 election cycle.

They found that “during the 2016 election cycle, the [Party] Committee failed to disclose receipts and disbursements totaling $2,739,911 on its original reports filed with the commission.” Though the state democrats eventually filed amended reports disclosing $2,444,107, they didn’t disclose the missing $295,804 until the FEC audited their records.

The documents stated that the liberals did not bother to itemize “$1,509,766 in contributions” from joint fundraising activity that exceeded the $200 itemization threshold, nor did they correctly report an “unitemized $78,999 fundraising contribution.”

The Dems settled the investigation with a $103,000 fine for the cumulative $3,677,981 in misreported activity and committed to attend mandatory reporting training.

“The penalty in this matter deviates from and is below what the Commission would normally seek or accept,” she wrote on August 27. “Fair, proportionate, and consistent penalties are a hallmark of a credible enforcement program.”

Weintraub noted that the “penalty in this matter deviates from and is below what the Commission would normally seek or accept,” which will not deter the Tennesse Democrats from committing the same violations in the future.

“Inconsistent and inappropriately low penalties such as the one in this matter amount to little more than the cost of doing business,” she concluded.

Pretty much says it all for me also. I have always wanted to say this to someone. A friend asked what a Wharf Rat was, I said” Well they don’t fly around in Star Ships and don’t answer to “Willard” LOL You hit a Bingo, Wharf

You backed the loser.

Nope. Do you believe a good President destroys a country. Biden in 8 months has done more damage to America than Carter did in four years. The blood that is already flowing in Afghanistan is on Biden and his lackey’s hands. YOU BACKED A LOSER.

The small fine isn’t enough to change this type of behavior. They should have been fined 1 million dollars, as that will get their and any other political parties attention to not lie, cheat and steal. If they aren’t crying loudly, then it wasn’t harsh enough.

globalists and their puppets; $oro$ and the demonrat criminal party will make the hard working American tax payer pay their fine for them .

Globalism is so scary.
Is God a Globalist?
Should I fear Him?

No, the Lord is a Universalist.” Fear? As in reverance and honoring Him? Yes.

Braindead, or just brainwashed, askin for a friend…

God isn’t a globalist but Hitler was.

even a large fine wouldn’t stop them from cheating. Its their way of live.. they CHEAT at everything .

Only the weak get cheated.
Trump was cheated out his election.
Trump is weak.

How Nazi of you Mr Hess.

Exactly because if they don’t cheat, and steal, they know the commie pukes wouldn’t win another election evvverrrr!

Watch the dirty Dems deduct the fine as a business expense.

Better yet executed.
Take back America..
America for Americans.
Not scum like like Black Lives Matter, ANTIFA, and Blue Lives Matter.

There ISNT a member of the party of SHIT ( democrats ) who is a traitor to country and constitution. Step one, revoke ALL CONSTITUTIONAL RIGHTS. Step two, REMOVE FROM STOLEN OFFICE. Step three, arrest, indict, try, convict EXECUTE!

You must be rich.

Big deal, Soros will pay the fine in return for electing a couple more judges.

The American taxpayer will pay the fine…these organisms needs to suffer the consequences of their own corruption….

Funny how they couldnt find anything huh??you stupid troll

What’s the problem? Aren’t DIMMS free to do whatever they want? Laws don’t apply to them because they are “for the people.” (TFIC)

More democrat corruption ,why is it not jail time???

vladimir
Reply to  charles A wilkins

To put Democrats in jail you have to be a winner.
Are you tired of winning yet?

National epidemic of democrats continues,Biden’s Plans are National Security risk,Under the new left’s thinking for our Country, it should not seen unreasonable to exchange, joe biden for any hostages left behind, all things coinsidered, it should be OK, we left fellow Americans our allies behind, in a war zone right? That was OK . We left 80 billion dollars of hard earned tax payor equipment behind, for no good reason, guess what, that was OK too. The only problem is that the Taliban probably wants him less then we do, as you can easily see their is no justification to why biden, his generals or his cabinet heads, to make the unAmerican decisions they did.

What less to expect from globalists and their puppets; $oro$ and demonrat criminal party and media . . . . .

The filthy leftists rely on their communist allies to pay these absolutely inconsequential fines while they chip away at our rights and crush our electorial system. The only way to stop this is to incarcerate all the way to the top. Soros, Bloomberg, Steyer and the other treasonous billionaires must be precluded from protecting the criminals who circumvent our election laws!

Every patriot needs to stand up to these Democrats! We have to start running for office all the way from Board Rooms to Congress and Senate to even getting Federal Jobs to stop the corruption and giving money as much as we can to put the right people in office. Not just complain about what is going on but Pray and do whatever we can to Safe America! God Bless America

That is all the democrats do is lie, steal, and cheat, they way of life and they do not care because they are communist-Marxists! Not the party of JFK!!!

No surprise here folks. The surprise is, this was the 2016 election cycle, and it is 2021? Come on, this is the political world we live in.

Why did it take the Republicans so long to to figure out what was going on in a Republican state?
Incompetence?
Weakness?
Slow in the head?

This fraud and violation of election rules is nothing compared to the Democrats’ destruction of our military. The unforgivable methods used in the withdrawal from Afghanistan are only a small example of how the military is being neutralized by the Biden Administration. The pamphlet “Disloyal: How the military brass is betraying our country,” by Daniel Greenfield. The Critical Race Theory is apparently well-established within the military, and General Milley is largely responsible. The book is available through the David Horowitz Freedom Center.

What should have been done differently to get our troops out of Afaganistan?
Send in the Marines?
Shock and Awe
Infinite drone strikes?
The joys of collateral damage.
Joe Biden ended a twenty year lost war in seven short months.
And you want to argue style points
If Trump had won how many boots would we have on the ground today?
Trump lost 62 troops in his term of office.
Biden lost 13.

Critical Race Theory examines the interaction of the races.
It explodes the notion of the brutality of slavery.
Slavery was nothing more than an opportunity for African young people to get a free boat ride to America and an unpaid internship in the dynamic agriculture industry.
They were trained in all the latest technology.
They all got good paying jobs, with benefits.
That is the complete Critical Race Theory story.

Who was the jerk who hired the Critical Race Theorist to be the Chairman of the Joint Chiefs of Staff?
Has the jerk been fired?
Exiled to New Jersey?

If it is in book form it must be true.

God Dam piece of fecal matterDemocrats.
We know where they live.
Where there precious daughters go to school.

Once again, it’s pays to cheat,they should have to pay far more for their cheating ways!

Once again weak people get cheated.
Trump is so weak.
When was the last time he won a court case.
His next win?

Translation – you backed a loser who gets stolen from,

Damned corrupt Democrats. Every one of em’

And, AS USUAL, nothing will be done about it.

Because the Republicans are too weak to do anything about it.
Disgusting yellow bellyed pukes.

Of course, I am awaiting the usual lament “Trump did it.”

This in itself is fraud, in an election the left claims is the most honest in history.

NO. NoT ThE DEMOCRATS. Not in a dirty nasty campagn scheme. I don’t believe it. It’s too bad they were t fined even more. The dirty rotten cheats

I wonder who’s hands got greased and let the dems off easy?

So, who’s going to jail?

So they pay a small 6 figure fine.its donated or laundered moneys,means nothing to them.they just fk over everybody,dont care,and get away with it.the doj is a joke now.a woke partisan joke