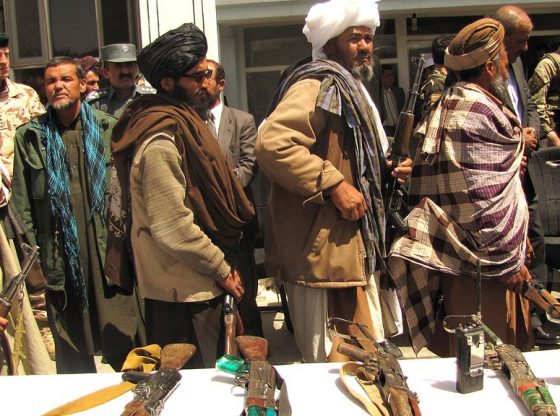 The Taliban will reportedly receive funds from China through the country’s New Silk Road initiative, which will allow regime-led Afghanistan to bypass the Biden administration’s purported “enormous leverage” over the terrorists.

“China is our most important partner and represents a fundamental and extraordinary opportunity for us because it is ready to invest and rebuild our country,” Taliban spokesman Zabihullah Mujahid told a foreign media outlet on Thursday.

China is anticipated to become one of the first countries to acknowledge the Taliban as the official government of Afghanistan and is likely to maintain their Kabul embassy.

He claims Afghanistan has “rich copper mines in the country, which, thanks to the Chinese, can be put back into operation and modernized. In addition, China is our pass to markets all over the world.”

Afghanistan is believed to have unexploited gold and iron stores, along with globally coveted Lithium deposits, which are estimated to be valued in the trillions.

The Biden administration has previously touted an “enormous” amount of economic leverage over the Taliban, that they have claimed would force the regime to uphold human rights standards in order to enter the global marketplace.

“In order to gain access to the global marketplace, we’re going to be watching closely, as will the global community,” Psaki said in Tuesday’s press briefing, noting that the United States has “enormous leverage” over the country.

But the Biden administration may never have had the leverage they touted to the press. China pledged to “support peace [and] reconstruction in Afghanistan,” by helping with their “economic and social development,” as early as August 18.

Experts expressed their disbelief of the White House’s claim prior to Mujahid’s alliance announcement. Economist Peter Earle of the American Institute for Economic Research predicted countries that care about Afghanistan’s natural resources, rather than the Taliban’s human rights abuses, would invest in developing the country’s economy.

“What will happen is China, Russia, other countries will be invited in, and they’ll probably get better deals than they would have if the Taliban was in a better position,” Earle explained.

Biden has ZERO leverage because of all the Americans left behind. It was intentional. He is working to collapse the United States

Who are these clowns 🤡 that are running our government? Obviously they are so high on drugs their brains are fried for the stupid assumption that one can deal with these barbarism…

China will exact the granting of mineral rights in return for any “funding” they provide for the Taliban. This is economic colonialism on a grand scale. And it’s as though our inept President works for Beijing. Does he? That would truly make him Quid Pro Joe, & explain a lot of what’s been going on since election night back in 2020.

China Boy Groper Joe Bribedem has again managed to completely screw things all up. He is so incompetent he would mess up a single car funeral by standing in the way and repeatedly checking his watch.

China had Biden and his family for years. China is the ones who told him to leave Afghanistan.

Afraid you may just be right. 😫

Way to biden, you inept, incompetent and ignorant POS!

Not really____ just a CROOKED TRAITOR

Another Biden “achievement” is headed south. For about thirty minutes, Biden had monumental leverage over the Taliban-then as quick as you can say “Dakota Pipeline” all of that leverage just disappeared. Old Joe was planning on buying back our American citizens, then our other good friends (the Chinese) offered money to the Taliban. Now the leverage is gone but the hostages remain. This is another achievement that sounded better when no facts were known. “Never underestimate Biden’s ability to f**k things up”.

The souls of evil and greedy power mad politicians have their own God, the Devil. Biden is simply the empty carcass of a man drained by his sins.
It seems our only hope is the coming Chinese nuclear war that will bring the cleansing fire of Sodom to our infested cities.

LOVE your 1st paragraph, Charles. And his Scornful existence is even manifest in his offspring, AS IS WRITTEN.
A Human Tragedy, and the completely debauched Democrat Party has NO Clue.

Will Mathewson
Reply to  Bill

Yes, PIGS in POWER.
NOT Good.

Biden
The newest poster geizer of the DC Swamp!

Oh, he IS the poster! He doesn’t have to be pictured. He had them printed up by a Chinese printing company Years ago.

china, no doubt expected something for all the millions given to Hunter Biden and other Biden family members….what did that pay for?..Baghram Airfield?..Tiawan, The minerals in Afghanistan?…all those millions wasn’t just for yucks.

What ‘leverage’❓Corrupt old fart O’bidet has had no leverage, either with the ‘rag-head’ Talaban or the CCP…what he & Hunter have are “shares” in some Chi-comm-‘swamp’ investments❗️

And the mistakes keep on coming.

China wants access to the lithium mines there so they can corner the auto-battery market.