A pro-Trump political action committee (PAC) is hitting Biden hard in a new ad set to air on cable this week. Great America PAC endorsed Donald Trump in 2016 and again in 2020 but now has President Biden in its crosshairs over his devastatingly chaotic withdrawal from Afghanistan, even accusing him of “surrendering” to the Taliban.

According to reports from Fox News:

In the 30-second commercial, which was shared first with Fox News, Marine Corps veteran Chad Robichaux says to the camera that “the men and women I fought besides in Afghanistan, we risked our lives proudly, for freedom, for our country, ’cause we thought in the end our sacrifices could count for something.”

Robichaux, the founder and president of an organization that helps veterans suffering from post-traumatic stress disorder (PTSD), then stresses that “after 20 years we’re abandoning Americans behind enemy lines. We’re begging the Taliban for mercy. We’re surrendering. What’s that count for, Mr. President?”

The political action committee tells Fox News it’s spending a modest five figures to initially run the spot, with the potential to spend more in the coming weeks. Great America PAC adds that it aims to help elect pro-Trump candidates in the 2022 midterm elections as it also tries to defeat the Biden agenda.

Biden has pointed fingers at his predecessor in the White House. The Trump administration in February of last year struck a deal with the Taliban that called for all U.S. troops to depart Afghanistan by May 2021. Trump, during his watch, reduced U.S. forces to their lowest level in Afghanistan in two decades. And last year the Afghan government released thousands of Taliban prisoners, many of whom likely once again took up arms against the U.S.-backed forces.

Great America PAC isn’t alone in blaming Biden for the chaotic withdrawal from Afghanistan. However, the administration is working hard to deter any blame. 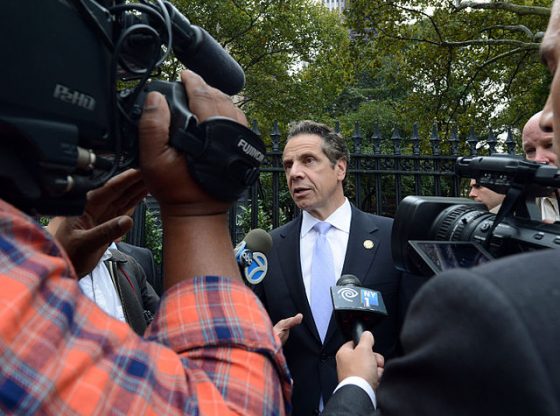 I’m using an online business opportunity I heard about and KQW I’ve made such great money.
Check it out here…>> amazingjobs.tk

You have nothing good to say about your favorite president Joe Hitler so you use this site to try to scam people .. Eh,, Eh Ehhhh

You finally start to charge your wife’s girlfriends to have sex with you instead to continue to give it up free . . . . .

Return to globalist media, cliton opinion and feelings network and reach out to your libby snow flake sheep .

If Mr. Trump elects to run for the presidency in 2024, look for him to be re-elected in a semi-landslide.) Unless the “Demoncrats” figure out again (as they did in the last presidential election) how to re-configure voting results.

I certainly hope all those Biden voters are starting to realize the damage they’ve done to our country. Shame!

Some of them are just not that capable and they MDs and PhDs!!

Those are the worst, they didn’t have common sense to HAD TO GO TO A MARXIST COLLEGE imho

Use only paper ballots, 1-day set aside to vote, not tons of mail-ins. Keep the tech oligarchs from running a shadow election, not use drop boxes all over the planet. They stolen the 2020 election, that is why our country is having a demolition crew after it!! Get out all of them!!

And everyone DEMAND voter I.D.!

I don’t think they have enough common sense to realize anything!!!

Fed Up
Reply to  Hutch

Trump wont stand a chance if they use the Dominion machines for voting again. Pelosi’s and Feinstein’s husband’s own a big piece of Dominion stock ans I don’t have to tell you how that works. It will be like the last election.

Desert Dweller
Reply to  Fed Up

We just saw where they are not through with the fraudulent elections…look at Kalifornia!!!

You ,mean the People’s Republik of Kalifornia-stan?

Roseann Carpenter
Reply to  Fed Up

No republican candidate will have a chance. Our country is seeing through this new so called Democrat party, and will vote republican just to get common decency back in the federal gov. So Paper Ballots, and one election day, not ten days later to count ballots of people they dream up. imo.

THEY ARE ALREADY MAKING UP PLANS FOR THEIR “GOOD TROUBLE”.
I HOPE HE DOES WIN IN A LANDSLIDE, BUT I THINK THEY WILL CAUSE
RIOTS EVERYWHERE TO CANCEL THE ELECTION FOR GOOD.
YOU KNOW, FOR OUR SAFETY AND VOTING IS TOO MUCH OF A RESPONSIBILITY TO PLACE ON US, SO THE PROLITARIOT WILL VOTE
FOR US.

Pres Trump will be back WAAAY before 2024!

OKLAHOMA, ARIZONA, FLORIDA, PLACE A SECCESSION QUESTION ON THE BALLOT. SECCESSION IS LEGAL AND NO MORE INCOME TAXES FROM OUR STATES ! THAT WOULD REALLY WAKE UP THEIR MARXIST MENTALITY.

As long as they don’t hit the moron in the head….he wouldn’t feel a thing LOL

I can’t even look at his photo, nasty evil, selfish, sponge on the government!!