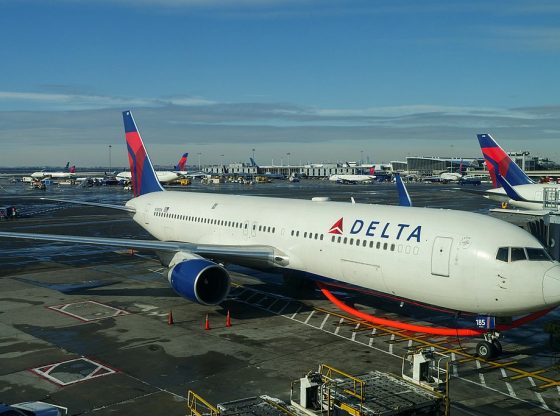 The Biden administration reportedly keeping a flight from Afghanistan with dozens of Americans and U.S. green card holders from landing in the country. The group leading the flight accused the Department of Homeland Security (DHS) of refusing to give clearance for the charter flight to land in the U.S.

“They will not allow a charter on an international flight into a U.S. port of entry,” said Project Dynamo founder Bryan Stern. By Tuesday morning, Stern, who is aboard the blocked flight, had made it out of Kabul to an airport in Abu Dhabi.

Stern said the flight had been stuck on the ground for at least 14 hours awaiting clearance from U.S. Customs and Border Protection (CBP). The flight is carrying 117 people, including 59 children.

“An administration official, speaking on condition of anonymity, said they were unfamiliar with the matter, but that the U.S. government typically takes time to verify the manifests of charter planes before clearing them to land in the United States,” the Reuters report said.

A DHS spokesperson told The Daily Wire in a statement, “all U.S.-bound flights must follow the established safety, security, and health protocols before they are cleared for departure. This process requires flight manifests to be verified before departure to the U.S. to ensure all passengers are screened appropriately.”

The Biden administration has been vague regarding the exact number of Americans remaining in Afghanistan. The administration’s incompetence has sparked multiple volunteer groups to organize evacuations for individuals trying to leave the country under the control of the Taliban.

Biden and his handlers do NOT want those American citizens back in the USA because they will then go on camera and tell the world how Biden left them behind.

Tell them to land in Mexico and then just walk right over the border where you will be welcomed with open arms and given our hard earned tax money to buy yourselves a new life.

Don’t forget to tell them while crossing the Southern border to say, “Speak No Engle’ ” if and when challenged.

My thoughts exactly!!!
At least THEY belong here!

Fear that Xiden Adm?
no—-the truth will find it’s way into this country
truth is stronger
it is sharper than a two-edged sword
guess the Xiden Adm forget the real people
soon the piper will be at their door

Praying you are right!!!

“all U.S.-bound flights must follow the established safety, security, and health protocols before they are cleared for departure. This process requires flight manifests to be verified before departure to the U.S. to ensure all passengers are screened appropriately.”

Seriously?? Too bad we don’t do any of this for Biden’s illegal aliens or Muslim terrorists.

No Americans left behind…yeah right! Now Secy Austin is saying it was the State Dept. call…what a bunch of liars and evil disgusting players…they are not leaders. They should be Court Martialed for such a display of failure. Who in the hell did the planning for the withdrawal…ole demented Biden and they are all covering their asses for this debacle!

Fed up 2
Reply to  Londa

Biden will only let in illegals! No Americans allowed in America. They’re TOO SMART to vote for this lowlife!!!

Ok. I can understand being cautious about letting just anyone enter the U.S. I truly believe we should be very cautious.
But with a Southern border virtually wide open, the hypocrisy here is deafening!!!!!

Back-door promises made to someone???

Yet, the worthless “administration” has absolutely no qualms about letting hundreds of thousands of UNVETTED ILLEGALS pour across our border, or import them straight from Afghanistan…no jabs, china virus testing, or ID required. MFKRS make me ill.

How long does it take to clear 117 passengers? Ample time has passed.Why is Biden having to clear American citizens ro include 59 children? To insure health ,safety, security for Americans? Is this is just a ploy, or agreement with the Taliban to keep the green card holders from leaving? This chartered jet need to leave amway and go to mexico or Canada