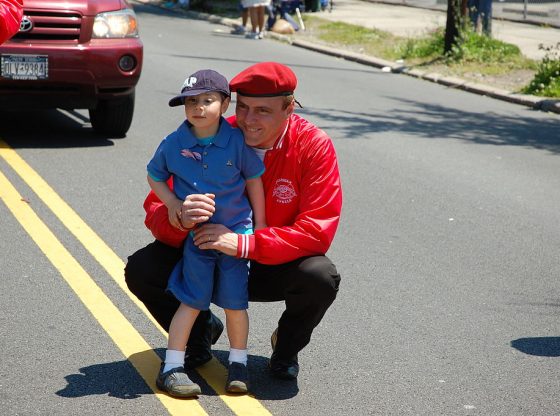 I just cast my ballot in New York’s off-year election.

Atop my vote for Curtis Sliwa as the next mayor of Gotham City, I was proud to vote “Hell No!” to Propositions 1, 3, and 4. These three measures would make mincemeat of election integrity in the Empire State. As the New York Young Republican Club advised its members: These “proposed amendments seek to enshrine Democrats’ political advantage in the state of New York.”

Proposition 1 would tinker with reapportionment, and not in a good way. Republicans, an embattled minority, would find their voices squelched in redistricting matters by more abundant and much louder Democrats. Among other things, this measure would count prison inmates as residents of their pre-arrest domiciles — even inmates serving for life, who might die behind bars before seeing their old bedrooms ever again. As a National Review editorial observed: “Not only does this reward districts that produce a lot of criminals, at the expense of districts that are saddled with housing prisons, it also adds a cumbersome additional level of complexity to the apportionment process.”

Even worse, Proposition 1 would count illegal aliens as legitimate residents. Immorally, this would tally people who broke into America and have no right to be here. Practically, this would create artificial boosts to the legislative districts of urban areas, where illegals tend to congregate, thus increasing the power of big-city Democrats — as if they needed to be fortified.

Proposition 3 would scrap the current requirement that voter-registration applicants submit their paperwork at least 10 days before each election. This is called “same-day voter registration,” although that is far uglier than it sounds.

“Same day voter registration is a recipe for fraud, errors, and mistakes,” Heritage Foundation scholar Hans von Spakovsky, Esq. told me. “Election officials have no opportunity to verify any of the information on the individual who is registering to vote. When you combine this with New York having no ID requirement for voting, it means that anyone could register, immediately vote, and then go to another polling place and do it again under another false name and false address. And there is nothing election officials could do to prevent it.”

Proposition 4 would allow no-excuse absentee ballots, stimulate promiscuous vote-by-mail, and facilitate ballot harvesting. In other words, constitutionally mandate many of the practices that made Election 2020 such a joy.

J. Christian Adams is not amused.

“It is well known that the biggest vulnerability in our elections is mail or absentee voting. Problems in absentee ballots have overturned more election results than any other single defect,” says Adams, President of Public Interest Legal Foundation and a former federal prosecutor with the Justice Department’s Voting Section. “The last thing any state should do is to put the outcome of elections into the hands of the United States Postal Service.”

Adams adds: “Elections run best when election officials and the public can watch them. Criminals and miscreants love mail balloting because they can influence elections in the darkness.”

Von Spakovsky offers his own warnings about Proposition 4.

“Absentee ballots are the tools of choice of vote thieves because they are the only ballots voted outside the supervision of election officials and outside the view of poll observers. That makes them vulnerable to theft and forgery, and makes voters vulnerable to intimidation and coercion in their homes. Their use should be minimized.”

For those who have not cast their ballots in New York yet, remember to vote Hell No! It’s as easy as 1, 3, 4.