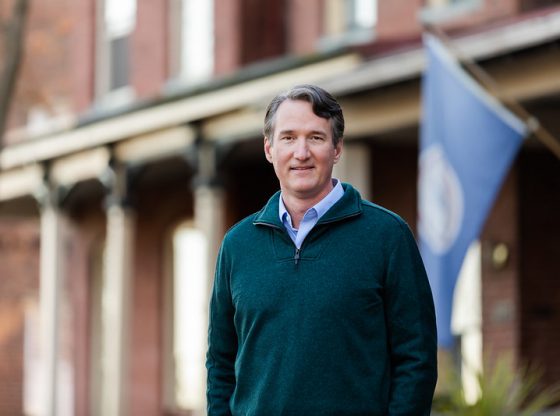 Republican Glenn Youngkin defeated Democrat Terry McAuliffe in Virginia’s gubernatorial election, a shocking upset for a state that Biden carried by 10 points in 2020.

“Alrighty Virginia, we won this thing,” Youngkin said in his early morning victory speech Wednesday. “Together, we will change the trajectory of this commonwealth.”

Virginia’s next governor, @GlennYoungkin, has taken the stage. #WonWithGlenn pic.twitter.com/FWjXICTNyr

Youngkin took the race with 51% of the vote to Gov. McAuliffe’s 48.3%. With 97% of the expected vote in, he won by more than 85,000 votes out of the over 3.1 million ballots cast. The result came as a surprise, when only two months ago, Younkin was trailing McAuliffe by nine points in the polls.

The incumbent governor’s campaign stumbled during a Sept. 28 debate, when the topic turned to parental discontent with schools over critical race theory, sexualized curriculums, and pandemic mandates, which have been hot button issues in area school districts.

“I don’t think parents should be telling schools what they should teach,” McAuliffe said at the event.

“I’m on the side of the parents and children and teachers, and I think this has become the big issue in this race,” Youngkin remarked on Tuesday. “I’ve just felt this great surge of momentum for the last six to eight weeks.”

He capitalized on the matter when Virginia’s wealthy Loudoun County school district reportedly covered up the sexual assault of a female student by a boy wearing a skirt in the girls’ bathroom, and her father was arrested and labeled a “potential” domestic terrorist for confronting the school board about the alleged assault in early October.

“On day one, we’re going to work,” Youngkin stated during his victory speech. “We’re going to restore excellence in our schools … We’re going to embrace our parents, not ignore them.”

“His win tonight is a clear and much needed signal for personal freedom and that parents are the deciders of their children’s education and future,” Sen. Paul tweeted.

“Glenn will serve the people of Old Dominion well with common sense Conservative policies that will benefit parents, families, and hard-working Virginians! The Conservative Comeback is HERE!” Pence shared.

Trump credited his base of supporters for electing Youngkin. “Without you, he would not have been close to winning. The MAGA movement is bigger and stronger than ever before. Glenn will be a great governor. Thank you to the people of the Commonwealth of Virginia and most particularly, to our incredible MAGA voters!”

On Wednesday morning McAuliffe officially conceded and congratulated Youngkin on his victory, according to Fox News.

“While last night we came up short, I am proud that we spent this campaign fighting for the values we so deeply believe in,” McAuliffe said.

“Congratulations to Governor-Elect Glenn Youngkin on his victory. I hope Virginians will join me in wishing the best to him and his family,” McAuliffe added.