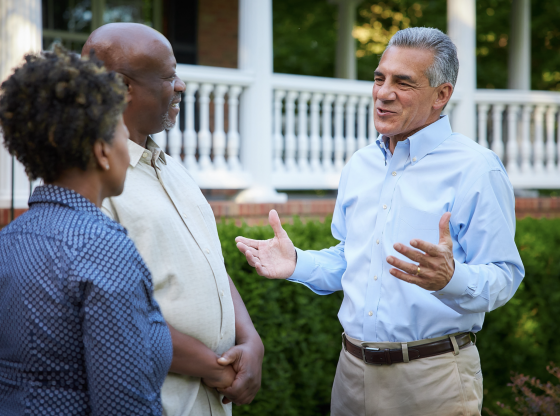 Could Republicans manage another upset? It’s still too close to call the New Jersey gubernatorial election between incumbent Gov. Phil Murphy and Republican challenger Jack Ciattarelli. On Tuesday night neither team was able to make a victory speech but both teams remained optimistic.

Closed out the campaign in the same place where it all began 22 months ago – my hometown of Raritan.

New Jersey is broken, you know it and I know it. But we can fix it – together. Get out and vote today! #LetsFixNJ pic.twitter.com/hcXdAYFAHW

A significant amount of voted remained in Camden, Essex and Union counties, and in particular, significant mail and provisional votes left in Essex County. These votes are expected to favor Murphy.

The two waged tense campaigns and Murphy presented himself as a solid progressive. Ciattarelli tried to paint Murphy as out of touch with the average voter and was critical of his leadership during the COVID-19 epidemic.

Murphy held a comfortable lead over Ciattarelli leading up to Election Day, according to the most recent polls collected by RealClearPolitics. Murphy’s smallest advantage was six points in an Emerson poll conducted between Oct. 15-18. Other polling shows Murphy with an even larger advantage.

Ciattarelli recently told reports he does not intend to enforce mandates if elected and also seemed to make comments disapproving of Critical Race Theory.

So, how bad will the commies cheat now? Their probably right now making more ballots to be turned in so their crooked election wins!
I can’t wait till this cheating comes to an end when the People take back this COUNTRY of OURS>

well, considering it’s New Jersey, having even a close election is a victory.

McAuliffe would have won, but the ballots are stuck on a container ship off the coast of Long Beach

Time for an audit or recount.

Why can’t blue states run an effective election without having issues with the voting machines and now mail in ballots? Is our technology really this poor when it comes to voting? It really makes on wonder if these particular, mostly Democrat areas, are being manipulated to make sure the Democrats have a win. We saw the same sort of thing in the 2020 presidential election where at the very last minute, thousands of votes for Biden became known.