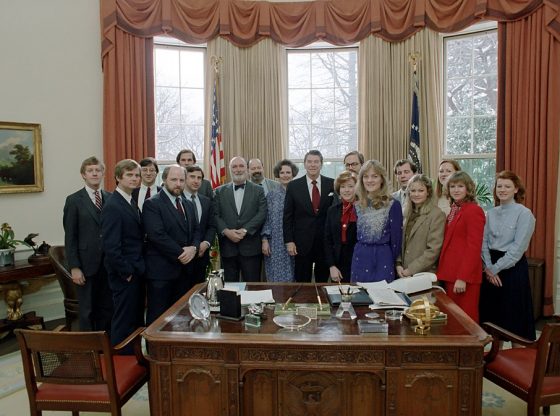 Republican heavyweight Ed Rollins announced the formation of a new political action committee (PAC) to help boost Republican candidates and put an immediate stop to President Biden’s radical agenda. The new PAC “Restore Our Freedom” will help Republicans win back both the House of Representatives and the Senate in the 2022 and 2024 elections while also serving as a constraint to progressives’ dangerous agenda.

According to a press release on the new PAC:

Focusing on the core principles of the American Republic, Restore Our Freedom PAC will work around the clock to undermine the radical Biden agenda and boost pro-liberty Republicans on a national level. To that end, the organization will make substantial investments in Senate and House races across the country, in addition to educating the broader public about the failures of President Biden and his allies. Restore Our Freedom PAC plans to raise and spend more than $10 million to win back Congress for Republicans, setting the stage for a White House victory in 2024.

“These are unprecedented times,” said Rollins. “In my five decades of service in American politics, I have never seen a more divided America—divided by the most left-wing Democratic Party in U.S. history. Our nation is ready for a ‘red wave’ in 2022, and we will do our best to make it a historic one for Republicans from coast to coast.”
“Since the COVID-19 pandemic began, Americans have witnessed Democrats abuse their power every step of the way and egregiously so,” said Rogers. “It is time to stand up for rights, not mandates. Now is the time to believe in small business owners, not government handouts. Join us in fighting for freedom, not tyranny—before it’s too late.”

Ed Rollins will put his proven track record as a Republican strategist to work as co-chair to Restore Our Freedom PAC. Over the years, Rollins has had his hand on the pulse of conservative politics while managing President Ronald Reagan’s-election campaign and serving as an adviser during both terms. More recently, Rollins has shifted his focus and intuition for conservative politics to helping Trump’s “America First” agenda. In addition to helping raise over $50 million for conservative PACs, Rollins serves as chairman to the pro-Trump Great America PAC.
Rollins is teaming up with Arizona entrepreneur Harrison Rogers, who will also serve as co-chairman. Rogers the founder and CEO of Arizona-based HJR Global will add his extensive experience in the private sector to Restore Our Freedom PAC.
Advertisement
Pro-Trump Group Needs Your Help to Hold Biden Accountable [TIME IS RUNNING OUT]
Democrats Peddle Pending-Default Lies, Yet Again
Biden to Transfer Power to VP Harris

Stop Biden and company?? Someone better while we still have a country.

You globalist puppet, libby snow flake female sheep finally decided to start to charge your wife’s girlfriends for sex with you instead to continue to give it up for free . . . . .

Stop the problems in the Republican Party too while you’re at it, Liz Cheney, Adam Kinzinger, Mitt Romney, Susan Collins, Lisa Murkowski…

Boy, you are spot-on! And you just named the worst ones. They need to dump all the RINO’s. Politicians really are scum. It is just that the Democrats are much more scum-ier than Republicans.

Have RINOs become the the majority?
There are more everyday day.

You mean the majority of the Republican Party?

There’s gonna be a huge undertaking to remove the ideas put into the brainwashed people in this country,that don’t recognize how far they let the left put them in debt.
They think handouts are great! They don’t have a clue that they are giving up their freedoms by leaps & bounds,every time they vote the power hungry dems into office.
One of the biggest lies is global warming!
That’s a natural cycle,& there’s nothing man can to to control it,but the dems, who enrich themselves on that lie push it to keep the young under their spell.
Lets not forget the polar vortexs’ that recently froze a large swath of the U.S. in recent years.
Also,the dinosaurs lived in the arctic zone,& they were mostly herbivores,and couldn’t live in the current conditions there,so it couldn’t have been frozen year round like it is today!

globalists and their puppets $oro$ and demonrats and rinos and media demand our southern border open so that their illegal criminal invader voters continue to supply their libby snow flake sheep with illegal mexico drugs to keep them addicted and stupid and refuse to leave the demonrat plantation .

This is the problem with Democracy.
The majority are brainwashed.
I am going to guess that you are no where near young.

Go GOP – 1st step rid the Party of RINO’s – We the People are looking forward to your success.

1st step rid the rid the party of all people who do not accept Donald Trump as their personal saviour.
We the People elected Biden.
Trump made no voter fraud arrests.

Sounds good, BUT I have a question or three. maybe more.

We have to wait for Trump to tell us who the RINOs are.
We can’t make those decisions.
We leave that to the smartest person the world has ever known.

A new PAC sucking up some of the money available may not be a good idea unless they can all agree and not divide the base.

If the election fraud is not contained, it wont matter how well you educate or spend, the conservatives Will louse.

Okay that’s all well and good but isn’t the RNC supposed to do that? What we REALLY need is for a major campaign to promote us conservatives and that most people of us are NOT what the “libs”, media, and Pelosi’s of the country say we are! Who’s standing up for US? Even the conservative news just describes and complains about them but don’t explain us or what is right and good about us. WHERE?

Linda what are you about, what is good about you?

I am a diehard Christian and republican. and I love how Trump got this country going in the right direction. Why do you ask?

Linda – the PROBLEM with the RNC is the organization supports RINOs as much as – and in many cases MORE – than it does Constitutiomal conservatives. Such things as length in office, offices elected to, committee memberships, “Chairs”, etc determines how much the candidate is “supported” by RNC. THAT is why I no longer donate a single penny to the RNC.

This new PAC has a high sounding goal, but is it just another wing of the RNC?

Now they care?. I am so disgusted with the Republicans and RINOs Now all of a sudden they want to do something. They wouldn’t help Trump and let Nancy push them around while the country goes to Hell No republican will EVER get a penny from me. All they do is make videos whining about how mean the DEMS are. This Vietnam Vet says suck one

Ed is the same age as Joe