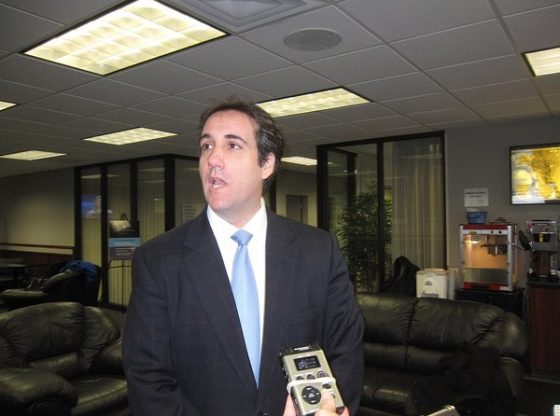 “My release today in no way negates the actions I took at the direction of and for the benefit of Donald J. Trump,” Cohen told the media on Monday. “But it also does not negate the behavior of the Justice Department, Bill Barr, the Southern District of New York Prosecutors, Judge William H. Pauley the third, or Donald himself, in my initial incarceration and prosecution.”

“I will continue to provide information, testimony, documents and my full cooperation on all ongoing investigations to ensure that others are held responsible for their dirty deeds and that no one is ever believed to be above the law,” Cohen added.

Cohen pleaded guilty to nine federal crimes including tax fraud, lying to Congress, and paying off two women who threatened to go public with their past alleged affairs with Trump just before the 2016 presidential election.

Cohen remained loyal to Trump until the federal authorities raided his home, office, and hotel room at the Regency in April 2018.

I’ve been working for this company online OO for 2 years now and i never been happier…
Visit following page for more information… 𝐆𝐨𝐨𝐠𝐥𝐞𝐖𝐨𝐫𝐤𝟎𝟏.𝐓𝐤

This Cohen guy would sell out his Mother if he thought it would benefit him. Even if he gave money to women to shut up it’s not a crime because Trump wasn’t in any Government position, and did so with his own money. Cohen’s improper but nefarious dealings with banks were his own affairs and had zero to do with Trump. He was squeezed and threatened by the Deep State but if his loyalty to Trump were greater he would have been pardoned and out of jail before now.

Sounds like he is now on the DNC payroll. Sure it will be short term then a trip under the bus.