Multiple Democrat operatives say that Hillary Clinton is priming herself for another run for the White House. In an article by The Wall Street Journal, two Democrats noted that President Biden’s and Kamala Harris’ steadily sinking approval ratings coupled with Biden’s age is creating the perfect opportunity for Clinton to seize the spotlight.

All this creates a “leadership vacuum,” according to Douglas Schoen, founder and partner of Schoen Cooperman Research, a polling and consulting firm whose past clients include Bill Clinton and former New York City Mayor Michael Bloomberg, and Andrew Stein, a former New York City Council president, Manhattan borough president, and state assemblyman.

Clinton “is already in an advantageous position to become the 2024 Democratic nominee. She is an experienced national figure who is younger than Mr. Biden and can offer a different approach from the disorganized and unpopular one the party is currently taking,” they wrote.

“If Democrats lose control of Congress in 2022, Mrs. Clinton can use the party’s loss as a basis to run for president again, enabling her to claim the title of ‘change candidate,'” the pair added.

Schoen and Stein noted that Clinton has been offering advice to fellow Democrats about how to win elections at a time when the party is expected to lose control of one if not both chambers of Congress in the 2022 midterm elections. They cited a recent interview in which Clinton called on Democrats to engage in “careful thinking about what wins elections, and not just in deep-blue districts where a Democrat and a liberal Democrat, or so-called progressive Democrat, is going to win” and noted that party’s House majority “comes from people who win in much more difficult districts.”

HAHAHAHAHAHAHAHA, PLEASE, bring it ON, what a JOKE clinton is TOAST already and the VERMIN hasn’t even got started yet, MORE proof that the VERMIN demoCRAPS are FINISHED, Thank God!

Frank, truly I want to share your enthusiasm. However, I keep thinking: never underestimate the Clint-on power, and the stupidity of many in this country. But, I’ll bring praying really hard that the country rejects her.

My sentiments exactly, put nothing past this POS. Her hunger for power is paramount.

There must be a plan to cheat at the ballot counting stations.

From the Constitution, the federal system mandates that the States run their own Elections, not the Federal Government. To have a Federal takeover would make the USA into a Banana Republic like Venezuela or Cuba, etc. where Elections are stolen by the Dictator in charge.

Amen! As long as they keep using those same rigged voting machines, there will probably never be another conservative Republican win ever again.

You are absolutely right. The Republican Party better be taking a lot of action to fight voter fraud because the Democrats are designing many ways to cheat the system. There is no doubt that the Democrat Political Party stole the 2020 election with voter fraud. The final straw was the Covid mail-in balloting.

The Democrats are lost souls

For sure! Ever since the Dems voted several times to kick out any belief in God, during Hillary’s big convention, they have probably all become demon possessed and controlled. Pity.

May GOD deliver us from this women and all Democrat women and other Democrats elected of appointed!

God is not going to “deliver” us from and of the corrupt Democrat politicians. That is up to “We the People”. God gave us the ability to think and take action and the rest is up to us.

Some primary that would be. On one dais, we have a mentally afflicted fool. And on the other, we see a crazy old shrew who got away with colossal incompetence and malfeasance. Both supported the “big steal” also known as the 2020 election fraud.

I still can’t believe Joe will still be president by 2024.

Hillabeast will probably arrange to do dastardly “things” with the Clinton hit men in the lead-up to he announcing another run.

We surely don’t need a horrible witch for President. We already have a demon controlled, useful idiot in there now!

of course she’s primed and ready… between the Clintons and the Obamas, how else would Biden be able to do what he’s been doing for the last year? One of the several puppeteers???

Seriously? Killary is offering advice on how to win the election? I hope her advice is as good as her results on the 2016 election

Yes, Hillary is the biggest laughingstock in the entire world. The humanoid, Hillary, will never become president, ever. Everyone now knows her background and history in child sex trafficking, the tunnels under her Clinton Foundation used to traffic babies and children, where a book of names was discovered. Nancy Pelosi’s name was there along with all the Clintons, Obama’s, And, so many more top government people and elite If Hillary thinks she will run for President, she is sorely mistaken. Another thin is there isn’t going to be a 2024 election. I can’t go into secret details, but I do know there will not be a 2024 election. We are all going to find out why on or around January 19, this year. Hillary is also going to find herself in a tribunal in a very short time This will be her second trip to Gitmo. the first tribunal ended with her execution. That is not Hillary Clinton you all see today. Yes, that’s right. Clones, actors and humanoids are in existence today whether you believe it or not. Same goes for Joe Biden and many, many others.

If Clinton should win then the “ Clinton Foundation” will be back in business again. Saving lives around the world with foreign money.

Nothing else needs to be said… 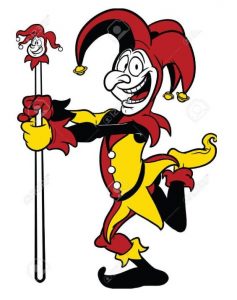 Not even the most brain dead of democrats are desperate enough to support crooked Clinton. She should be in prision already for a long time for the many different crimes that have been exposed. Someone should tell her nobody cares about anything she says anymore and to just go away. I can’t belive she has the nerve to show her face in public, continues to deny and lie. Shut the f**k up your not fooling anyone your just a pathetic loser.

Just when you thought the Democrats reached a new low with the incompetent fool they placed in office last time they outdo them selves by making it clear they are totally insane.

Killory, give me a break!

Hey N I Girl, wasn’t she on the private jet with her hubby to ped island,
C’mon really, she’s done!

She is still cryng over getting her tail beat, she better get ready for another beating. Who in their right mind would vote for crooked Hillary? She let our men be killed and she is a lying Democrat. We have one othose now, we damn sure don’t need anogher one in office,